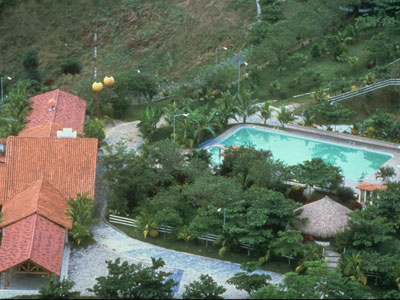 ­Following the fall of the Soviet Union, which caused the abrupt end of the Cold War, funding for rival Latin American factions largely dried up. Russia and its former Soviet satellites no longer had the wealth or the inclination to continue funding its proxy armies. Though the U.S. remained entrenched in Central American geopolitics, its involvement throughout the 1980s dwarfed what it had been during the Cold War. All of the training, airstrips, planes and weapons provided by the United States and the USSR remained, however.

Moving sensitive materials like arms and people without detection is a vital aspect of intelligence. Thanks to U.S. and Soviet training, Latin American intelligence officers were now well-versed in the art of smuggling. It's simple to substitute cocaine for arms or people. Without funding from the superpowers, Central American groups now had the motive and the means to produce and distribute drugs to fund their own continuing conflicts despite decreased interest from the Soviets and Americans. The U.S. continued to fund both sides of these conflicts, inadvertently, through the income made from selling drugs to American consumers.

During the 1970s and '80s, Colombian cocaine syndicates like Pablo Escobar's Medellín cartel hired FARC guerrillas to protect their coca crops and processing laboratories. Eventually, the cartels and FARC became rivals in the cocaine trade. FARC developed its own cocaine distribution network and the cartels assembled anti-Communist paramilitary organizations. Both also protected their drug trafficking operations by entrenching themselves in the federal government. The 1980s and '90s saw tremendous violence in Colombia; both the cartels and FARC staged bombings and raids on government buildings and kidnapped federal officials. FARC also used its drug profits to outsource its terrorism, offering a $1,000 reward to any person who killed a government official [source: ABC]. Rural areas that served as vital points along cocaine distribution lines were taken over by one side or the other, leading to microcosmic narco states within Colombia.

Because of its proximity to Mexico and its emerging cartels, Colombian drug traffickers turned their sights on Guatemala in the 1990s after the Unites States began to patrol their overseas trade routes in the Caribbean. In Guatemala, la cofrida conducts drug trafficking, led by two intelligence officers trained at the School of the Americas. The pair have been amazingly successful; as much as 75 percent of the cocaine that enters the U.S. passes through Guatemala's borders en route to Mexico, which has made Guatemala an effective narco state [source: Smyth].

Once in Mexico, cocaine is routed up to border towns like Juarez, where mules carry it and other drugs across the border. As a result of the rise of Mexican cartels, Juarez has devolved into a regional narco state. After the local government purged the police force of corrupt cops, few remain on the job. Juarez municipal officials are powerless to prevent the violence and corruption spread by rival drug cartels warring for control of supply routes into the U.S., despite the increased presence of federal authorities in the city. This violence reached a fever pitch in 2008 as it spilled over into the civilian population -- murders in Juarez rose from 300 in 2007 to more than 1,500 in 2008 [source: Beaubien].

Much of this violence was due to tactics exported from South and Central America to Mexico. The Mexican Gulf cartel established the paramilitary unit los Zetas with guerilla leadership consisting mostly of former Mexican Army Special Forces commandos trained by the United States [source: Roig-Franzia].

­After it exits the war zones along the Mexican border and enters the United States, the rate of violence attached to cocaine, heroin, marijuana and meth decreases dramatically. The highest prices are paid inside the narco states.