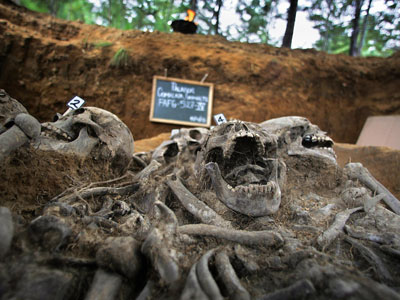 ­The United States has a history of using its military and intelligence services to destabilize nations whose political philosophies and interests diverge from its own. There are several examples of this interference. During World War II the Office of Special Services -- the predecessor to the CIA -- inserted operatives within the borders of hostile nations like Burma to assemble, train and convert anti-government factions into guerilla armies. The value of using Americans to create armed insurgencies within foreign nations hasn't waned: As recently as 2001, the CIA helped amass the Northern Alliance in Afghanistan, which successfully overthrew the Taliban government [source: Sims and Gerber]. While the United States has found plenty of reasons to meddle in South and East Asia, perhaps no other region of the world has experienced more covert U.S. involvement than Central America.

­Central America proved a key battleground for the proxy wars between the U.S. and the former Soviet Union (USSR) during the Cold War. With nuclear destruction assured through the amassed arsenals of each nation, neither the U.S. nor the USSR could afford to engage in outright war with one another. Instead, the two foes used other nations' governments and rebel factions to fight their ideological war for them. Because of their proximity to Communist Cuba and the United States, as well as the presence of both Marxist and anti-Communist military groups, Central and South America played vital roles in the Cold War.

FARC guerillas along the border between Colombia and Panama in July 1999.
Stephen Ferry/Liaison/­Getty Images

The Soviets and the Americans propped up governments and insurgencies, and both sides supported equally brutal regimes. Guatemala's U.S.-supported right-wing paramilitary group, la cofrida (the brotherhood), helped kill as many as 200,000 of its own people during that nation's civil war [source: Smyth]. Since 1964, the Soviet-supported FARC (Revolutionary Armed Forces of Colombia), a well-known Communist guerrilla army, has declared responsibility for countless kidnappings, bombings, executions and the use of child soldiers [source: Global Security].

­These organizations and leaders, and numerous others operating in Latin America's present or recent past, share more than brutality in common. They are also among the most prolific and established drug traffickers in the world.