The Root of all Narco States 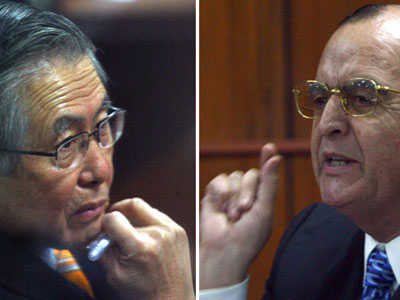 ­Narco states are often born out of financial corruption. "Drug money is used as a lubricant for corruption," wrote the United Nations Office on Drugs and Crime in its 2008 World Drug Report [source: UNDOC]. Since the global drug market generates more than $300 billion in annual revenue, there's a lot of lubricant to go around.

Let's see how money greases a narco state's wheels. In Guatemala, a federal judge was accused of accepting thousands of dollars in bribes to dismiss a drug trafficking case. The judge not only dismissed the case, she was seen later driving the defendant from court [source: UNODC]. While military force remains a distinct threat, a corrupt judicial or legislative system may contribute more to a narco state's continuation. Bribery and kickbacks are subtler than armed resistance and attract less attention, which may allow a narco state to thrive unchecked.

Congressional and judicial protection of drug traffickers can also extend beyond a narco state's borders. In Guatemala, corrupt government officials drafted legislation that prevents citizens from being extradited to face criminal charges in another country. Extradition has been a powerful policy tool used by the United States to fight the war on drugs. By protecting its nation's drug traffickers from extradition and prosecution, the Guatemalan narco state has allowed its cocaine trade to explode.

Not all narco states are alike, though. In some states the government may give implicit approval of drug production and trafficking, but remains inactive in the drug trade. The amount of money generated by drug production and trafficking can be enough to make up a substantial percentage of the nation's economy. Afghanistan's opium production produces $3 billion annually for the nation. That staggering number represents one-half of the country's gross domestic product -- the sum total of all goods and services a country produces in a year [source: Norton-Taylor]. With income like this, a government (and the public) often hesitates to take any real steps towards curbing the drug trade within its borders.

Other governments have taken a more direct approach to drug trafficking. Peruvian President Alberto Fujimori's administration is a prime example. Throughout the 1990s, Fujimori, who ascended to power via campaign contributions by Colombian drug cartels, ruled Peru as a dictator who employed death squads to quiet dissent. Fujimori had plans for the cartels as well; namely, Vladimiro Montesinos, Fujimori's second-in-command and head of intelligence. Montesinos, a former defense attorney for various South American drug lords, maintained his old contacts and extorted $700 for every kilogram of cocaine exported from Peru during Fujimori's 10-year tenure, amassing as much as $1 billion in personal wealth [source: Chauvin, Vann]. Those who didn't pay up were eliminated by government death squads.

­Converging political, public and revolutionary pressures ended both Fujimori and Montesinos' rule over Peru. Both were also extradited and tried on corruption charges in Peruvian court. If you examine the creation and support of some narco states, however, you might be surprised to find the presence of the United States. Find out how and why on the next page.