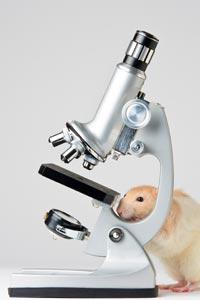 Some of us like being under the microscope.
©iStockphoto.com/Kami-the-Trout

Before life-saving (or erection-inducing) drugs reach the public marketplace, they must go through a lengthy and rigorous series of tests to ensure the drug in question is safe and effective. A progression of clinical trials is the most important step in getting a drug into the hands of those who need it, because the clinical trial is where the drug is tested on willing human lab rats.

Universities, hospitals, governments and (primarily) pharmaceutical companies use hundreds of research facilities all over the world to test thousands of promising new drugs on live subjects. Some of these drugs clear up acne, while others deliver a cure for cancer. The volunteers may get involved out of a sense of altruism, out of a need to gain access to otherwise-unavailable new treatments or simply out of a desire to earn some money.

While clinical trials can benefit volunteers physically, spiritually or financially, the rewards are certainly earned. Volunteers often sacrifice the freedom to eat, sleep, drink and behave as they normally would, since drug studies require strict controls in order to obtain the most accurate results possible. Subjects work closely with the research team to help the researchers realize their predetermined goals for the study. Lots of money is put into these trials, and the safety of millions of people will ultimately depend on the validity of the testing phases. Depending on the type of trial and the drug involved, subjects may spend a relaxing few days playing video games when not having their vital signs checked, or they may have a tube placed down their throats and be required to produce regular fecal samples for researchers.

Human guinea pigs put themselves at risk of bodily harm, permanent damage to health and even death. However, some volunteers have made something of a career out of participating in clinical trials, participating in one trial while scouting out opportunities to participate in the next trial, maybe with a nice long break scheduled in between.

Clinical trials are held all over the world, so if you want to take a paid global tour of what often look like intensive-care units, becoming a professional guinea pig may be just the right thing for you. But for most people, volunteering in clinical trials is a unique way to transform a little free time into positive cash flow.

So how do you volunteer for a trial? We'll discuss that in a moment, but first we'll take a closer look at the clinical trials themselves. 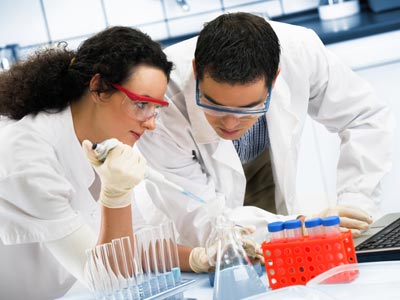 Do You Qualify for a Clinical Trial? 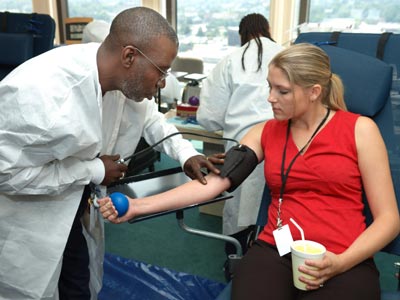 If you're interested in volunteering, ClinicalTrials.gov is a good place to start.
©iStockphoto.com/dlewis33

Generally, finding a clinical trial to participate in as just a mouse-click away. There are many sites online -- among them sites published by governments, research groups and nonprofits -- that list thousands of trials that are in need of test subjects. Every state in the U.S. has ongoing clinical trials within its borders. Some trials take place over dozens or even hundreds of locations, while others take place in one exclusive location. Sometimes recruitment efforts for clinical trials are made in newspapers, classified ads or flyers posted in public places.

Each clinical trial has established guidelines, goals and needs for specific types of volunteers. Clinical trials have specific inclusion criteria that determines who is eligible to participate in the trial. Researchers may need healthy subjects, or subjects with the specific condition the new drug is intended to treat. Clinical trials will also have exclusion criteria, which outlines who isn't eligible to participate. People who drink or smoke, for instance, may be excluded, or even people who exercise too much. Volunteers' medical histories play a role, because researchers usually don't want subjects with complicated health histories that may skew results. Inclusion criteria and exclusion criteria may each involve specific parameters for age, race, gender, weight and pre-existing health conditions.

If you don't qualify for a clinical trial for a drug you feel you may benefit from and you are without other strong options for treatment of your condition, you may qualify for expanded access or expanded protocol testing. This takes your needs into consideration and allows for leeway in the criteria for inclusion. If you're in it for the money, though, you better meet the trial's specific criteria.

Clinical trials last for different lengths of time and may require you to remain at a facility for the entire duration of the trial. Others request you check in daily, or several times a day. Before participating, you will be informed about the treatment and its intended uses, including possible benefits and risks. Often a full physical will be performed, though sometimes extensive questionnaires will be used instead to collect needed data to see if a potential subject is eligible to participate. If accepted into a clinical trial, you may receive the treatment, or you may receive a placebo -- you won't know until after the study is completed.

Risks and Rewards of Volunteering for Clinical Trials

Until the 1970s, most nations tested new drugs without any regulatory oversight, and researchers weren't required to tell subjects about the true nature of the tests or of the drugs being tested. Sometimes prisoners or conscientious objectors in the military were used as test subjects in exchange for leniency or assignment to noncombat duties.

Although there is now governmental regulatory oversight, that doesn't always mean the trials are safe. For one thing, pharmaceutical companies are in a rush to get these drugs through all phases of testing, and researchers are lining up to accept such a challenge. There's good money for researchers who want to conduct trials as private enterprise. In 1994, academic medical centers were home to seven out of 10 researchers; 12 years later, more than six out of 10 clinical researchers conducted research trials in the private sector [source: Elliott].

In recent years, there have been cases of research clinics methodically targeting and recruiting homeless alcoholics, illegal immigrants and others on the fringes of society in order to quickly fill positions for research volunteers at cheap rates.

Sometimes the research facilities are shoddy, the food terrible and the living conditions highly uncomfortable (and sometimes the effects of a poor diet and long periods of discomfort are what's being studied).

Officially, researchers are discouraged from making the compensation too appealing, but it can still be good, depending on what trials you want to participate in. Some trials are short, and the money is small but easy. Others take lots of time, and the money can be several thousands of dollars, but hard-earned.

Although some people string together many different clinical trials to earn a living, there is no health care outside the parameters of the study, no overtime pay, and no disability insurance. If you get disabled during a clinical trial, there's a chance you won't receive long-term medical assistance or additional compensation.

For in-house trials, you'll likely be provided with TV, DVDs, music, video games, books or other forms of entertainment, and your travel costs will be reimbursed. Compensation is generally $100 to $200 per day for time spent in a facility, and $25 to $100 for a half-day [source: GPGP.net]. Payment is made by check at the end of the study, or up to a few weeks after it concludes. Once involved, you can quit any time you like, but you may not get paid, or paid in full.

Want to learn more about volunteering opportunities? There are more HowStuffWorks articles on the next page.