Can You Buy Your Own Debt for Pennies on the Dollar?

John Oliver created a sensation when he bought $15 million of medical debt owed by 9,000 Americans and forgave it on national television. Oliver and his "Last Week Tonight" producers created a phony debt-buying company and paid less than $60,000 to buy a portfolio containing millions of dollars of consumer debt, shining light on the shady practices of the debt-buying industry.

But can individual consumers buy up their own debt at a steep discount? No such luck.

Roughly 77 million Americans — 35 percent of adults with a credit file — have debt "in collections." That means their credit card debt, medical debt or student loan debt is so delinquent that a collection agency is pounding on the door, calling at all hours of the day (and night) and sending harassing letters threatening lawsuits.

While some debt collectors are hired by the original creditor — banks, credit card companies, hospitals, etc. — most are working for secondary debt-buying companies that have purchased the consumer's debt for pennies on the dollar. The largest debt-buying companies buy huge portfolios of debt with millions of individual accounts for an average of just 4.5 cents on the dollar. These same companies turn around and make colossal profits by collecting the full amount from consumers, often through aggressive and even illegal tactics.

Unfortunately, individual consumers don't have the same access to deeply discounted debt as debt buyers purchasing thousands of accounts, explains April Kuehnhoff, staff attorney at the National Consumer Law Center.  No one would sell just one uncollected debt to a person.

"Even if consumers could afford to purchase whole portfolios of debt, they wouldn't know which portfolios contain their individual account," says Kuehnhoff. "Consumer can certainly call up the original creditor or debt collector and try to negotiate a better rate or a payment plan. But they are unlikely to accept pennies on the dollar as payment for the debt."

Once debt has been resold to a debt buyer, it's almost impossible to track. Even debt-buying companies don't know the details of the accounts they're buying — names, individual debt amounts, types of debt — until they've bought them. And often the information associated with the accounts is outdated or incorrect.

Further, the type of very cheap debt that you hear about is generally old (no payment has been made on it for at least a year) and has been sold at least a couple of times. Credit.com points out that the benefits of buying your own debt (like not reporting yourself to a credit agency or adding interest to the amount owed) could also be had by trying to negotiate with your creditors at the earliest stages of debt collection.

John Oliver bought $15 million in discounted debt using the same practices employed by debt forgiveness organizations like Rolling Jubilee and RIP Medical Debt. These groups basically function as Robin Hood debt buyers, relying on donations to negotiate cheap rates on large portfolios of anonymous consumer debt. Once they purchase the debt, they send letters to every account holder gleefully informing them that their debt has been wiped clean.

RIP Medical Debt, which was founded by two former collections industry executives, says on its website that it can sometimes contact medical providers on your behalf and ask for the debt to be transferred to RIP, although they admit it's a long shot.

Misinformation and harassing tactics are two of the biggest complaints levied by consumers against third-party debt-collection agencies. The Federal Trade Commission receives more complaints about debt collection — more than 140,000 a year — than any other industry.

So who is protecting Americans against these unfair and illegal practices? The Fair Debt Collection Practices Act was originally passed in 1977, but no federal agency had the authority to regulate the debt-collection industry until 2010 with the passage of the Dodd-Frank financial reforms. Now the Consumer Financial Protection Bureau (CFPB) is in the process of writing the new rules, which Kuehnhoff and the National Consumer Law Center hope will include strong protections against harassing phone calls and deceptive legal practices.

"There are massive numbers of lawsuits being filed with very little documentation to support them. And if consumers don't show up to defend themselves, a lot of these cases are ending in default judgments," says Kuehnhoff. "Debt collectors can use default judgments to garnish wages or bank accounts without actually proving anything to the court."

Now That's Crazy
According to Rolling Jubilee, one in seven Americans is being pursued by a debt collector, and student loan debt alone has topped $1 trillion.

NASA, UAE Space Agency to Cooperate on Getting Humanity to Mars

Millions of Americans Aren't Repaying Their Student Debt. Are You One of Them? 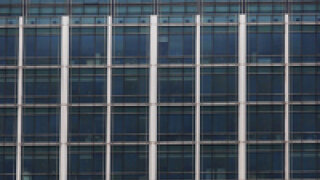 How Dealing With Debt Collectors Works 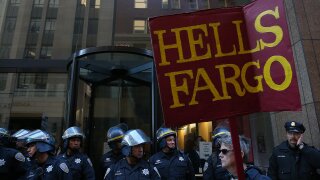