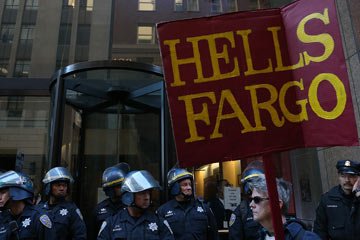 Americans are drowning in a sea of red. There are folks who were laid off from jobs, lost their health benefits, and can't afford to pay a disabled daughter's medical bills. And there are homeowners that have watched the value of their property drop far below the balance on their mortgage while they struggle to make monthly payments.

Total consumer debt in the U.S. stood at an astounding $11.44 trillion as of March 31, 2012 [source: Federal Reserve Bank of New York]. That includes debt on home mortgages, credit card bills, student loans, car loans and outstanding medical bills. Debt is not necessarily a bad thing, unless it's overdue. Unfortunately, nearly 10 percent of U.S. consumer debt -- $1.06 trillion -- is delinquent, and more than three-quarters of that debt is "seriously delinquent," meaning 90 days late or more [source: Federal Reserve Bank of New York].

Negotiating a better interest rate with creditors is often not an option, because the bank that originally made the loan has sold the debt to an investor. Banks make money by bundling loans like mortgages into securities that are sold to investors [source: Yglesias]. Delinquent or "distressed" loans are sold for pennies on the dollar to investors who hope to collect the debt and make a profit.

But what if a new group of investors offered to buy distressed loans from banks, and instead of collecting the debt, erase it? That's the bold idea behind the Rolling Jubilee, a debt relief effort launched by the same grassroots collective of economic revolutionaries who brought us Occupy Wall Street (OWS).

Since the beginning, OWS protestors have criticized a financial system in which large banks receive trillions of dollars in bailout funds from indebted U.S. taxpayers, while individual citizens are offered no relief from the very same banks. By using the secondary debt market to buy and absolve consumer debt, the organizers of the Rolling Jubilee hope to create a "bailout of the 99% by the 99%" [source: Rolling Jubilee]. The Rolling Jubilee was officially launched on Nov. 15, 2012 with a benefit rock concert in New York City.

Before we get into how the Rolling Jubilee works, let's take a quick look at the Biblical origin of the word "jubilee," and how an ancient religious tradition has inspired a distinctly modern form of crowd-sourced debt forgiveness.