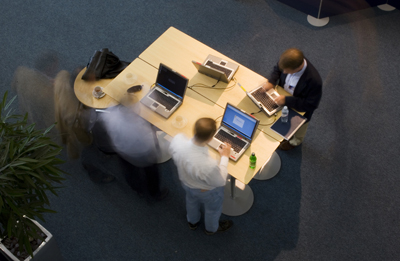 The high-tech business world used to consist of closed doors and hiding proprietary code. Each company ran their own software on their own systems and never shared anything with the competition or the public. Instead of focusing on what they did well, each company did a little bit of everything -- writing software, administering servers, running tech support, etcetera. The cost of doing business in a closed world was expensive, making an obstacle for innovation and entrepreneurship.­

Now software service providers and software developers are waking up to a more open and cooperative way of doing business. It's built around something called Software as a Service (SaaS).

Web conferencing is an example of software as a service. In the past, if a company wanted to host Web conferences, it would have to invest in the software and servers to host the events itself.

In this HowStuffWorks article, we'll explain how developers can use APIs to integrate conferencing capabilities into new Web-based applications and existing business management systems.

We'll start by defining exactly what a conferencing API is and how it works. Then we'll outline the advantages of leveraging an API for conferencing.