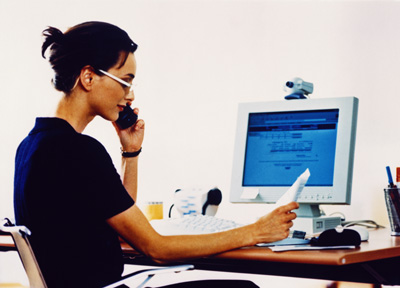 Sending press releases has become much easier with e-mail. With a few simple mouse clicks, a public relations specialist can send tens or thousands of press releases to a targeted group of journalists.

This practice, however, has given rise to press release spam, meaning that journalists are more likely to press the delete key before even opening the message. There are some companies who advertise spam-free press release services. These companies claim to have access to reporters and editors at top publications. The company will write and distribute a press release for a fee.

Another advance in PR technology is the Web itself. By building a well-designed Web site, a company, individual or organization can share information that polishes its image and furthers its agenda.

Web sites are also an excellent way to get the right information to journalists. Most large organizations and businesses include a media room on their official Web site. This area of the site is used to publish all press releases, company history, executive bios, high-resolution digital photos and even downloadable, digital press kits. Rather than seeking out media attention through mass-e-mailed press releases, a good Web site will draw in journalists by itself.

But the effect of Web 2.0 is much wider and deeper than a few Web sites. There now exists an entire generation of young people who have grown up online. This Net Generation doesn't know life without a cell phone and an e-mail account. They're used to searching for all their information online and are distrustful of "official" opinions or anything that smells of advertising.

This generation is unreachable by press releases. Their opinion-makers are bloggers and peers, not paid critics. Sure, it's possible to e-mail traditional press releases to bloggers, but such transparently promotional messages are likely to ignored.

Brian Solis is a PR consultant and avid blogger who offers advice for PR firms eager to tap into social media. Solis emphasizes that social media represents more of a sociological change than a technical one. This generation prizes honesty, engagement and transparency over anything else. For a company to get its message to an online community, it must join that community. And not as a spectator, but as a passionate participant; a real fan.

Solis recommends that companies invest more in community managers, people in charge of tracking and managing a client's image online. These community managers scour company message boards, read industry blogs and most importantly, communicate with the public. Their responses should reflect the opinions of real people.

This might explain the surge of executive blogs on many official company Web sites. Consumers like to know there are real people behind these businesses, people who have strong opinions about hot issues and who are engaging with their public. This idea of an active, two-way dialogue between corporation and consumer is key to managing an image with social media.

There's a danger, however, in coming across as an out-of-touch corporate shill trying to play the social media game. Some companies have engaged in a practice called Astroturfing, or creating fake grassroots media. An example of Astroturf would be posting a video on YouTube that appears to have been made by two geeks in Iowa, but was really produced by a room of Madison Avenue suits.

Yet another danger of the online era is the ability of a negative news story to spin out of control in a matter of hours, rather than days. Blogs pick up bad press and instantly amplify it to the world. Amateur journalists armed with camera phones can break an embarrassing story and have it on the national news by six o'clock. It's becoming harder and harder for a small PR staff to combat these well-armed masses of opinion-makers.

On the next page, you'll find out about career opportunities in public relations.