Conflict Diamonds on the Silver Screen 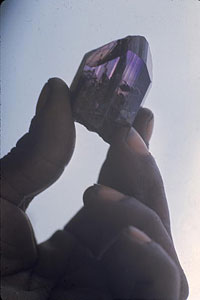 While human rights groups may have stirred up the controversy on the corrupt African diamond trade enough to establish the Kimberley Process, it took a Leonardo DiCaprio movie to truly raise public awareness. The aptly titled movie "Blood Diamond" was released in 2006 and featured DiCaprio as an arms smuggler whose main goal is to obtain a seemingly priceless diamond from a villager during the civil war in Sierra Leone. The film, although it has been called mild in comparison to reality, depicts the brutality that inhabitants of diamond villages were subjected to. The film was nominated for five Academy Awards, and won numerous other awards.

Naturally, the diamond industry went on the defensive when the movie was released, pointing out immediately that the Kimberley Process has improved the situation tremendously. The World Diamond Council embarked on a public relations campaign to diffuse the situation, costing somewhere in the neighborhood of $15 million [source: PBS Online NewsHour]. The PR campaign centered on two main tenets. First, the conflict was exaggerated in the movie and second, that it was over with by the time the movie came out anyway.

Either the PR campaign worked or the public chose not to heed the film's warning. 2006 numbers sh­owed that the diamond industry continued to thrive despite the movie's release. The industry continues to be cautiously optimistic, however, since awareness of similar controversial issues has been known to snowball over time.­

Should you boycott African diamonds? The answer isn't as simple as you might think. Learn more on the next page.

Diamonds aren't the only precious gems to come out of the mines of Africa. Tanzanite, a deep blue gemstone with a hint of purple, is found in the African country of Tanzania.

Thanks to its rarity, unique color and promotion by jewelry giant Tiffany & Co., tanzanite has quickly become one of the most desirable colored gemstones in the world. Not discovered until 1967, tanzanite often commands a steep price tag and continues to captivate lovers of rare gems today.