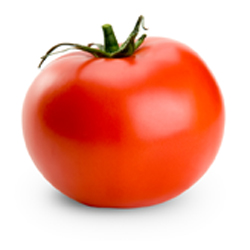 Though they were later deemed safe, tomaoes were recalled in a 2008 salmonella scare.
©­­­iStockphoto.com/ranplett

When a rare form of salmonella broke out in May 2008, the CDC and the FD­A tried to track down the cause. Before it was over, the outbreak caused hundreds of hospitalizations and was linked to a few deaths [source: Hsu].

Early on, the FDA decided to warn the public off tomatoes, which was one of the likely culprits it was closing in on. Unfortunately, it was wrong. But, for the months until it ultimately traced the outbreak to peppers from a farm in Mexico, the tomato industry suffered expensive recalls.

Although tomatoes weren't really tainted with salmonella, tomato farmers had to foot the bill for recalls. Not only that, but farmers destroyed crops of tomatoes when the cost of picking them outweighed expected profits [source: Schmit]. Some estimates peg losses (including costs of recalls and lost sales) to be as high as $250 million for the industry as a whole [source: Enis].