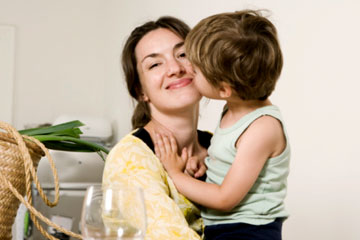 The cornerstone of feminism and gender equity at large is the issue of choice. Starting in 1960, the U.S. Food and Drug Administration approved Enovid for sale with a doctor's prescription, introducing the first birth control pill onto the market. Soon after, in 1964, the Civil Rights Acts prohibited employment discrimination based on sex, establishing legal precedence for women to pursue their desired careers without the threat of discrimination. But in the decades since, the choices afforded to women regarding family planning and vocational goals haven't uniformly fostered a sisterhood of support.

Childbearing and the accompanying postpartum decision-making has become a divisive, rather than a unifying, cultural debate for many women. In particular, to work or not to work has evolved into the boilerplate guilt-inducing, tension-provoking division among mothers, continually rehashed and reexamined on playgrounds and in PTA meetings, academic circles and Congressional hearings. A late 1980s article in Child magazine even coined a shorthand -- and arguably infantilizing -- term for the merry-go-round mothering debate: "The Mommy Wars" [source: Olen].

Regardless, American society is relatively amenable to mothers reentering the workplace. A 2009 survey from the Pew Research Center outlines how approval of working moms has ticked up since the battle lines of "The Mommy Wars" were drawn. Only 19 percent of adults surveyed thought that married women should rule the roost while the husband serves as breadwinner, compared to 30 percent in 1987 [source: Parker]. Between 1988 and 2002, the proportion of adults who agreed that both spouses should contribute to the household coffers also rose from 48 to 57 percent [source: Parker].

Yet, as any mother may attest, the tug of war between staying at home or heading back to the office isn't so much about approval ratings as it is about the daily experience that each entails. At-home moms argue that their dedicated housework and childrearing qualifies as full-time employment, while working mothers battle accusations of delinquency in their kids' lives. At the end of the day, once the little ones are tucked in, does either side emerge victorious?

Putting in Overtime at Home 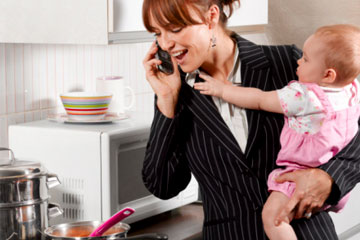 Just as the number of women working outside the home has climbed steadily upward since 1880, moms earning money isn't a modern innovation, either [source: Stern]. Even in 1960, during the days of "Father Knows Best" when at-home mothers were the cultural standard in the United States, 27.6 percent of married moms with children under 18 years old held down jobs [source: Alger and Crowley]. As of 2010, more than 70 percent of U.S. mothers with school-aged children brought home a paycheck [source: U.S. Bureau of Labor Statistics]. Though not surprisingly, the proportion of working mothers (roughly 75 percent) is highest among unmarried women who double as the heads of household [source: Joint Economic Committee Majority Staff].

Among married couples, however, the division of chores and childcare hasn't evolved toward gender equity alongside developments the workplace. In fact, social scientists report that the ratio of male-to-female housework has stagnated in the past century, since long before women were common fixtures in cubicle farms [source: Belkin]. According to the University of Wisconsin's National Survey of Families and Households from 2008, full-time working mothers put in an average 28 hours of housework each week, compared with 16 hours per week for working husbands [source: Belkin]. In the late 1980s, University of California sociologist Arlie Hochschild termed these post-9-to-5 duties married women perform as the "second shift," emphasizing how, for many employed moms, the work day doesn't end once they tuck laptops away in their briefcases [source: Ruttner].

At-home moms might take umbrage at the suggestion that their domestic responsibilities are any less time-consuming -- and not without merit. When mothers elect to stay at home with dads bringing home the bacon, women devote 15 hours per week to childcare, whereas the working dads only clock two hours. Household management additionally eats up 38 hours per week, coming awfully close to the standard 40-hour work week [source: Belkin]. Moreover, the extra time afforded by not holding a job is theoretically funneled toward children for their well being. At-home mothers can, in theory, assist with organizing school fundraisers, courier kids among a host of extracurricular activities and help with homework instead of answering evening work e-mails.

But in spite of their kid-friendlier schedules, full-time at-home moms aren't the happiest among all women with children.

The unequal division of housework, wherein women typically complete more chores compared to men, isn't as present in same-sex couples. Lesbians in particular often divvy up housework in the most egalitarian manner, even taking childcare into consideration [source: Solomon, Rothblum and Balsam]. The heterosexual housework gender gap is often linked back to men wielding more earning power in the workplace, rendering women in charge of the domestic front. But in same-sex relationships, income discrepancies aren't as significant a predictor of who cleans up after whom. 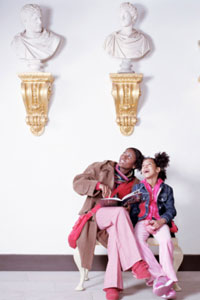 Women today can have it all. They can pursue educational and career opportunities unhindered by gender, thanks to the Civil Rights Act of 1964, and advances in birth control mean they can better decide the optimal time for starting a family. But while we have the intellectual, legal and medical tools pursue careers and have kids, having it all can be an energy-sapping juggling act. Even in 2012, working mothers tend to take care of more housework than their male partners, regardless of employment status. And they typically bear the brunt of childcare as well.

So for this working woman who wants to start a family someday, I sometimes wonder whether "having it all" is worth the extensive hours and energy required. Could staying at home with the kids suffice, or do those briefcase- and backpack-toting professional mothers have the happier lot?