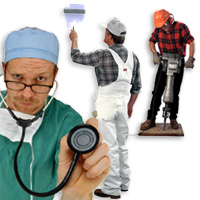 Workers compensation is the oldest insurance program in the United States. With the rapid growth of industrial jobs in the early twentieth century, workplace injuries became more common and the dangers more apparent of working in factories, with heavy machinery or in hazardous conditions. A system was needed to deal with these injuries and to compensate the workers who suffered from them.

Prior to the establishment of workers compensation, an injured or disabled worker had to sue his or her employer to recover wages and future earnings and to pay for medical expenses. Workers usually lost these cases, which damaged the employer/employee relationship and contributed to mistrust between employers and their workers. Employers frequently used three defenses in lawsuits by employees [ref]:

Workers had to wait a long time for any possible financial compensation, and if someone were too injured to work, the inability to earn a living, combined with accumulating lawyer fees, could be devastating. When workers did win in court, judgments against employers were frequently substantial, though the amounts didn’t correspond to a defined scale or system.

Now we know the history of workers compensation and why we have it. But how does it work? Read on to learn how this program works and what kinds of injuries it covers. 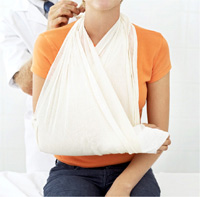 Workers compensation is designed to cover workers for all on the job injuries.
Photo courtesy ©2007 Microsoft Corporation

Workers compensation provides workers who are hurt on the job (or their families, in case of a death) with a predetermined level of compensation. The benefit of this type of program is that it removes the burdensome and costly process of litigation (dealing with a lawsuit) and provides guaranteed benefits for workers. The basis of workers compensation is an idea called a compensation bargain or exclusive remedy. Injured workers give up most rights to sue employers for injury in exchange for clearly defined benefits in case of injury or disability. As part of the bargain, employers aren’t allowed to give lesser compensation if a worker is found negligent or liable.

Most of the 55 different workers compensation programs that exist in the United States are state-run. These programs vary in terms of compensation and benefits, including which injuries and illnesses are covered. There are also more than 1,200 commercial insurers operating in the U.S. Most employers are required by state law to have workers compensation insurance.

Most workers compensation programs pay for medical expenses, repay most of lost earnings, and pay for the loss of future earnings or provide vocational rehabilitation (training for a new job or occupation, physical therapy, etc.). When a worker is killed, funeral costs are generally paid and survivors may get wage-replacement benefits. In the case of injury, workers receive immediate compensation for their medical expenses and then receive cash benefits for lost work after three to seven days. 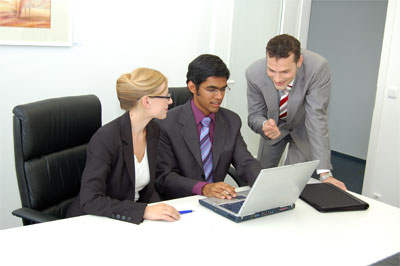 Most employees are covered under workers compensation law. In some states, certain people are exempt such as company owners, businesses with five or fewer employees, agricultural workers, domestic workers and independent contractors. These companies may still be required to carry general liability insurance.

For those who are covered, workers compensation covers injuries sustained at work and illnesses or effects suffered from long-term exposure to hazardous or strenuous conditions. These can range from a broken arm resulting from a fall, to hearing loss from drilling in a quarry, to carpal tunnel syndrome from stress caused by typing. Above all, the illness or injury has to be something that was caused by the job or that can be attributed to the conditions of employment.

The Coming and Going rule means that injuries sustained during the commute to or from work aren’t covered, but other transportation-related injuries may be covered such as running errands for an employer and traveling or transporting goods in the course of employment.

If you are injured on the job, it’s good to consult an attorney who specializes in workers compensation cases, especially if you think that your claim might be challenged by the insurance company or your employer. Many attorneys offer free consultations, and some are even required by state law to operate on contingency, meaning that you won’t have to pay any attorney’s fees unless you obtain a favorable settlement.

Though it’s important to consult a lawyer, it’s also essential to file a claim with your employer as soon as the injury occurs. Your employer will offer you an employee claim form to complete. The employer or the insurance company may contest the claim, which would result in a court hearing. Monetary compensation is generally one-half to two-thirds of normal compensation, but this amount is tax free, which means that you will likely end up with a level of income close to your pre-injury level. And as stated before, all of your medical expenses will be covered.

Sometimes workers, especially those on long-term disability, are offered a settlement. Accepting one of these settlements may be advantageous, but it’s important to consider whether there may be unforeseen medical costs in the future. If so, it’s likely better to stick with your current compensation plan.

An essential part of the workers compensation process is the independent medical examination (IME). A doctor chosen by the insurance company performs this exam and reports the results to the insurance company, which uses the report to help form its compensation offer. Be observant when undergoing one of these exams. Come prepared with a list of questions, and write down notes afterward about the doctor’s comments.

Paternity Tests and Other Businesses You Don't Expect to See on a Truck
Does what you smell determine what you buy?
How Building a Business Identity Works