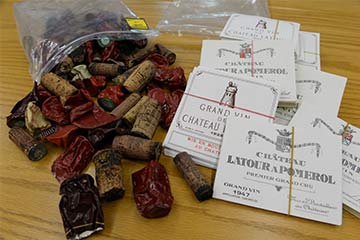 It's hard to feel sorry for Bill Koch. The billionaire brother of conservative political donors Charles and David Koch sold his share in the family energy business years ago and dedicated his enviable nest egg — how big of a nest do you need for $4 billion — to the aristocratic hobby of collecting rare and absurdly expensive things [source: Forbes]. His less-than-modest Florida home features original works of art by Picasso and Monet and a wine cellar containing some of the most expensive and scarce vintages in the world. It also contains several hundred bottles of "moose piss" [source: Stephens].

That's how Koch described the dubious contents of 421 bottles of counterfeit wine that he unwittingly purchased for $4.5 million over the past 25 years. The phony bottles of Chateau Lafite-Rothschild from 1961 and handblown relics reportedly owned by Thomas Jefferson were forged by enterprising wine dealers-turned-fraudsters who "aged" fake labels with coffee grounds, tampered with corks and passed off grocery-store hooch for the finest of fine wines.

One of those high-society swindlers, Rudy Kurniawan, was sentenced in 2014 to 10 years in prison and over $48 million in damages for running a wine-forging factory out of his Los Angeles apartment, corking up custom blends of inexpensive wine in reclaimed bottles and selling them for hundreds of thousands of dollars a pop to über-rich saps like Koch [source: Gardiner and Sharp].

You could argue that wine fraud is a victimless crime, since the people who "suffer" still have billions to spare. Kurniawan's defense lawyers used that very argument in a vain attempt to reduce the forger's sentence. "Nobody died. Nobody lost their savings. Nobody lost their job," they pleaded. Who cares if a handful of one-percenters get ripped off trying to impress their friends?

Wine drinkers, for one. All told, wine fraud is estimated to have cost $650 billion worldwide in counterfeiting, piracy, patent infringement and copyright theft [source: Gannon]. Those costs are built into your next bottle of cabernet sauvignon. And when wine prices are artificially high on the top end — as they were when Kurniawan sold $35 million in fake booze in 2006 — it raises prices on the low end, [source: Steinberger].

Keep reading to hear how private investigators solved the mystery of the infamous "Jefferson Bottles" and learn about the high-tech precautions wineries are taking to protect their priceless beverages from enterprising con artists.

The Art of Wine Fraud

To fake an expensive wine, you have two options: tamper with the bottle or mess with the wine inside. For the first method, you can buy bottles of perfectly good wine and plaster on the label of a much better one. Sometimes all you have to do is replace one digit of the vintage year or blur a few numbers on the aging cork.

For the second method, the bottle is legit, but the wine is fake. There is a brisk business on eBay in empty wine bottles from exceptional vintages like a 1982 Chateau Lafite-Rothschild [source: Goldstein]. Once you possess a real bottle, the trick is to mix up a convincing cocktail of quality Bordeaux and a shot or two of California red to pass the sniff-and-spit test.

Even better, many collectors view their most expensive bottles as too precious to drink. As long as the bottle passes muster, the con artist is in the clear.

Wine fraud is not an exact science like reverse engineering a $500 iPad and selling it in China as a $17 iPud. The experience of drinking wine is extraordinarily subjective and greatly influenced by the name on the label, the experienced (or inexperienced) palate of the drinker, and the price paid for the bottle.

Given the extreme subjectivity of wine, a successful wine forger must sell more than a convincing label or even an excellent tasting wine; he must sell himself as an avid collector and trusted wine expert. That's the best way to create the illusion that the $10,000 bottle in your hand is not a well-packaged fraud, but the "priceless" real deal.

Successful con artists throw lavish marathon wine-tastings and Dionysian dinner parties in private rooms at the most exclusive restaurants. It's no coincidence that the most expensive bottles are often uncorked at the end of the night, when the guests are too loaded to know the difference between a 1945 Mouton and a boxed Bordeaux from Costco [source: Keefe].

Next we'll look at two of the most brazen cases of wine fraud.

In a famous 2001 experiment, a researcher in France assembled 57 experienced wine drinkers — they were French, after all — and poured them a glass of red Bordeaux from a bottled labeled as a humble house wine. A week later, he poured them the very same wine labeled as an expensive "grand cru." The house wine was dismissed as "weak" and "simple," while the grand cru was "complex" and "full" [source: Keefe]. So much for the superior French palate. 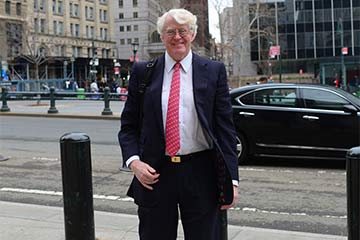 Florida energy magnate Bill Koch arrives at federal court in Manhattan to attend the closing arguments in his trial against California businessman Eric Greenberg whom he accused of selling him counterfeit wine.
EMMANUEL DUNAND/AFP/Getty Images

One of the most accomplished wine frauds in recent history is Rudy Kurniawan, sentenced in 2014 to 10 years in prison for his crimes. Kurniawan's exploits as a wine fraud were brilliantly chronicled in a 2012 Vanity Fair profile by Michael Steinberger.

From that article, we learn that Kurniawan came to America from Indonesia as a teenager and fell in love with wine with his first sip of the high-end California wine Opus One. Bankrolled by what he said was family wealth, Kurniawan launched an expensive wine habit in his 20s, buying millions of dollars of rare bottles at auction and splurging for elaborate parties with bar tabs in excess of $250,000.

Once Kurniawan amassed an impressive collection of rare vintages, he began selling them. At two auctions alone in 2006, Kurniawan sold thousands of bottles for $35 million, including a few bought by Bill Koch.

But Kurniawan, FBI investigators ultimately discovered, was a wine fraud of the second school: real bottles, fake wine. After his lavish wine-tasting parties, he demanded that restaurants ship him the empties. Back home, he would fill the bottles with off-label versions from the same region or concoct his own custom blends using his talented nose for detecting subtleties of flavor. Koch sued Kurniawan in 2009 for selling him counterfeit booze, but it was the fed's criminal investigation that landed him in prison for mail fraud [source: Steinberger].

Like Kurniawan, Rodenstock cultivated a colorful reputation as a globetrotting millionaire with exceptional taste. His greatest talent, though, was finding previously undiscovered cellars containing some of the world's rarest vintages. The Jefferson Bottles, Rodenstock insisted, were discovered behind a brick wall in a Paris basement [source: Keefe]. The address, conveniently, remains a secret.

Koch and fellow billionaire Christopher Forbes bought several of the hand-blown, wax-capped Jefferson Bottles at auction for hundreds of thousands of dollars a pop.

They became the crown jewels of Koch's collection, and he solicited historians from Monticello — Jefferson's estate in Virginia — to fill in the backstory of the wine's provenance.

To Koch's severe displeasure, the Jefferson experts reported the bottles were likely counterfeit, since they never appeared in Jefferson's meticulous records. Secondly, Jefferson typically signed his name "Th:J" in letters, but the initials on the bottles were "Th.J" [source: Keefe].

To solve the mystery, Koch employed an ex-FBI agent named Jim Elroy to scour the globe for clues. What did he discover? 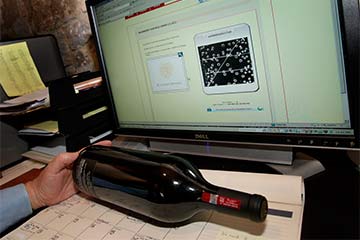 How Hedge Funds Affect You Even If You Don't Invest in One
How to Volunteer for Missing Persons
What are credit default swaps?