by Dave Roos May 4, 2020
Miguel Diaz, who works for the City of Hialeah, hands out unemployment applications to people in their vehicles on April 08, 2020, in Hialeah, Florida. The city is distributing the printed unemployment forms to residents as people continue to have issues with access to the state of Florida’s unemployment website in the midst of widespread layoffs due to businesses closing during the coronavirus pandemic. Joe Raedle/Getty Images

In the six weeks since the COVID-19 crisis shuttered businesses across the United States, more than 30 million Americans have filed for state unemployment benefits. Even worse, untold millions more have tried to apply for benefits, but have been frustrated by crashing computer systems and overwhelmed state agencies.

An unemployment check is a lifeline during a time of financial crisis, pandemic or not. In 1935, the U.S. established a federal-state partnership to protect American workers against losing their jobs through no fault of their own. Known as unemployment insurance, the system is funded by taxes paid by employers and administered by individual states. But how does it really work?

Who Pays for Unemployment Insurance?

If you get an unemployment check in the mail, the return address will be your state's Department of Labor, but that doesn't mean that the government is funding your unemployment benefits. It's all paid for by your employer. In fact, employers pay two types of unemployment insurance taxes for each of their workers: federal and state.

The federal unemployment tax, known as the FUTA (Federal Unemployment Tax Act) tax, isn't too bad. It's listed as 6 percent of the first $7,000 in earnings for each employee, but most employers pay far less. If the employer also pays unemployment taxes to an approved state program, then the feds will refund 5.4 percent of that 6 percent tax, leaving employers on the hook for only the remaining 0.6 percent. The maximum amount of FUTA tax per worker per paycheck is $42. FUTA tax is used to make loans to states for unemployment funds, to cover half of extended benefits during long periods of high unemployment and to cover administrative costs.

State unemployment taxes are generally much higher and provide the money that funds typical unemployment benefits. But each state has its own tax rates, which are all over the place – some probably kept low to entice businesses to move or stay in their state. "Tax rates range from almost zero percent to 10 percent of wages, and some states only tax the first $7,000 of wages, while others tax up to the first $49,000 of pay," says Michele Evermore, senior policy analyst with the National Employment Law Project.

"Florida has some of the lowest average benefits and is tied with North Carolina for the lowest duration of benefits," says Evermore. "Florida workers are only entitled to 12 weeks of unemployment benefits, while in most states it's 26 weeks."

Interestingly, the unemployment tax rate is not the same for all businesses in the same state. Since unemployment is a type of insurance, employers that use the system more are charged at a higher rate. This "experience rating" system raises rates on companies that have frequent layoffs and therefore pull more benefits from the state kitty.

Who Is Eligible for Unemployment Benefits?

During the COVID-19 crisis, unemployment benefits have been extended to almost all workers currently out of a job, including self-employed freelancers and gig workers. But during normal economic times, a relatively narrow slice of workers qualify for benefits.

Again, each state writes its own rules, but in general you can only collect unemployment if you were a full-time or part-time employee, you lost the job through no fault of your own and you earned enough at that job to qualify for benefits.

What that means is that you can generally only collect unemployment if:

On the flip side, you generally cannot collect unemployment if:

There are, however, certain situations in which you may be able to collect unemployment even if you quit. Those "good cause quits," says Evermore, include relocating with a spouse who got a job in another state, or quitting because job conditions violated health and safety codes. The state agency will be the one to decide if the circumstances qualify or not.

There are also monetary eligibility requirements for collecting unemployment. You need to have earned a minimum amount of money at the job over a set period of time known as the "base period." A typical base period is four quarters (one year), and each state sets its minimum amount, but can go as low as $3,000 in total earnings.

How Big Is the Unemployment Check?

The size of your unemployment check depends on how much you earned on the job and where you live. As we said, states with low unemployment tax rates are less generous with their unemployment benefits. Weekly unemployment checks can range from $100 or less a week to nearly $1,000. In 2019, the national average was $347 a week, which was the equivalent of 32 percent of the average weekly wage.

States use complicated formulas to determine the exact amount of the unemployment benefit. In general, it's based on how much you earned over the first four of the last five consecutive quarters. Some states use the highest-earning quarter while others take an average of all four. The more you earned, the more you will receive each week, but states also cap the benefit at a maximum amount.

On the other end of the scale are states like Florida, Tennessee and North Carolina. Florida caps its benefits at $275 a week and cuts them off after just 12 weeks. In Tennessee, the average weekly benefit in 2019 was just $144 – the lowest in the nation – which covered only 15.2 percent of the average working wage in the state. Benefits also max out at $275. In North Carolina, only 10 percent of unemployed workers received benefits, a sign that the system is failing.

Can Unemployment Funds Run Out?

Yes, they can and they do. In a perfect world, states should save up enough unemployment taxes in good times to cover unemployment benefits in bad times, but it doesn't always work that way. And when the state unemployment coffers run dry, as several did during the Great Recession, states have to take loans from the federal government – that's what the FUTA tax covers.

California borrowed $10 billion from the feds to bail out its unemployment fund after the Great Recession and didn't fully pay it back until 2018. The real losers in those situations are the employers, says Evermore, who have to pay higher FUTA tax rates to pay back the loan right when they're trying to recover from a recession. In all, 36 states had to borrow from the federal government to cover UI costs during the Great Recession, according to Tax Policy Center.

How to Improve Unemployment Benefits

Groups like the National Employment Law Project want to see the federal government set reasonable minimum standards for state unemployment programs. Evermore believes that unemployment benefits should last at least 26 weeks and replace a minimum of 50 percent of the worker's previous weekly earnings. Low-wage workers should qualify for an even higher percentage of weekly earnings, since half of a barely livable wage isn't going to feed families and pay the rent.

Although some states might balk at collecting higher taxes to cover this, Evermore reminds us that unemployment benefits are not just for the person who is out of a job. One of the main features of unemployment checks is that they act as a "countercyclical" force, injecting money into the economy during downturns and recessions.

"At the height of the last recession, every dollar paid in benefits generated $1.60 in consumer spending," says Evermore. "That helps to keep the economy afloat."

Now That's Cool
As part of its coronavirus relief efforts, Congress has passed two bills that automatically extend jobless benefits by 13 weeks in all states and add an additional $600 a week to all unemployment checks.

This Star Survived Being Swallowed by a Black Hole 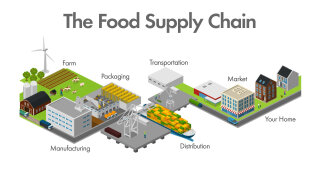 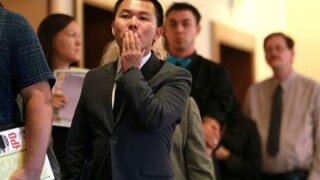 How to Apply for Unemployment Benefits