On Becoming a Toy Tester 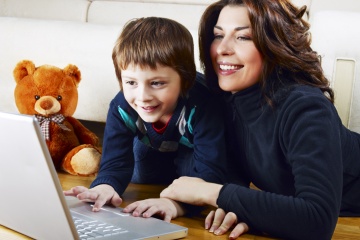 Mom bloggers play a key role in reviewing toys and passing the word along to other parents about how their kids can be toy testers.
Inga Ivanova/iStock/Thinkstock

In the introduction, we talked about how a toddler named Riley was one of six chosen from thousands who auditioned to become pro toy testers. This can happen occasionally: A company will advertise through conventional media and conduct a massive try-out for a limited number of spots. A few kids will be selected and, like Riley, they'll earn salaries in the form of free toys.

But in recent years, toy manufacturers have been using social media like Facebook as their means of getting the word out. Mattel, for instance, maintains a Facebook page dedicated to their Mattel Imagination Center in Los Angeles. The banner on the page reads "Toy Testers Wanted," and a typical update might advertise the need for boys between 7 and 11 who like playing with action figures. A common reward for participating in one of these tests is a gift card and a toy [source: Mattel].

Another good way to become a toy tester is to have a mom with a blog. While "daddy blogs" are a growing phenomenon, for now, "mommy blogs" have established themselves as a major cultural and commercial force. According to Forbes magazine, the top 15 mom bloggers influence more people than The New York Times!

One of those power-brokers is the site Coolmompicks.com, which has a whole category dedicated to toys. Kristen Chase and Liz Gumbinner run the site and state that while they're not compensated directly for their reviews, the site does have ads and affiliate links that generate revenue.

There's also the option of testing toys on TV. Yes, it's true, there's such a thing as a celebrity toy tester. The Ellen DeGeneres show regularly features Noah and Tre, two kids with the task of putting a bevy of new toys through their paces and then delivering their reviews to millions of dedicated viewers [source: EllenTV].

However, your kid probably has a better chance of winning the lottery than getting this job, and think of the toys he could buy then! Failing that, you can start up your own YouTube channel. One energetic 8-year-old has his own channel called EvanTubeHD where he reviews toys and games for a large and growing audience.

For some, it's hard to believe that toy testers can really give unbiased reviews if they're getting paid, even if the payment comes in the form of free toys. Luckily, for the skeptics, there are not-for-profit organizations like the Canadian Toy Testing Council and The Noise on Toys. These reviewers use only volunteer testers, donate the bulk of the toys to charity after testing and reject any form of compensation from the toy companies.