Bon Toyage: A Brief History of Toys and Testing 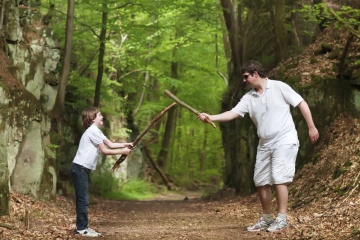 Give a kid a stick, and it instantly becomes a sword. We'll never know what the first toy was, but it's safe to say playthings have been around as long as we have. Not long ago in Italy, a 4,000-year-old stone doll's head was unearthed along with a tiny kitchen set [source: Ari]. There's no shortage of similar finds in museum collections around the world.

In the 18th century, Enlightenment philosophers — Jean Jacques Rousseau in particular — proposed that children learn best through play rather than instruction. When this idea merged with the beginnings of modern capitalist markets in the 19th century, the result was a golden era for toy development. Miniature soldiers, stuffed animals and mechanical trains proliferated under Christmas trees across Europe and North America.

And while toy manufacturers have probably always tested out their prototypes on their own kids, the whole idea of organized market research didn't really get underway until the postwar boom of the 1920s. Radio advertising, mass production and the growing middle class all combined to create the beginnings of modern consumer culture [source: Burton].

It took consumers a couple of decades to get going, but by the 1950s, a "consumer movement" was growing as people realized that their dollars had power — the power to demand more of the products aimed at them. Specifically, consumers wanted safer products, and that included toys for their children.

Incredibly, it wasn't until 1969 that the first federal safety standard for toys was signed into law. That year, the National Commission on Product Safety recommended banning eight toys, among them the Empire Little Lady Stove, which heated up to 600 degrees Fahrenheit (316 degrees Celsius), and the Bird of Paradise slingshot, which came with missiles so sharp they could draw blood. Meanwhile, scores of kids had already ended up in the emergency room choking on the plastic darts that came with something called the Zulu blow gun. Some regulatory action was clearly required [source: Crossen].