Try a free puzzle of this image!

Banks may seem like big, scary, impersonal behemoths, but the truth is that anybody can start one. All it requires is a good business plan, a lot of capital and making it through a complex regulatory process. Pikrepo (CC0 1.0)

Maybe you're a big fan of the classic movie "It's a Wonderful Life," and dream of operating your own version of Bailey Building and Loan. Or maybe you want to emulate Amadeo Peter Giannini, the early 1900s fruit vendor who convinced immigrant families in San Francisco to deposit their savings in his new bank, which eventually became Bank of America.

If so, provided that you have enough money, a good business plan and the patience to make it through the regulatory process, you could actually start your own bank.

Plenty of people have, over the years. Unlike most industrialized countries in the world, which tend to have just a handful of big banks, the U.S. has thousands of them, ranging from small-town institutions to massive multistate behemoths.

"The U.S. is the only industrialized nation in the world where a group of citizens can start a bank," explains Edward J. Carpenter, in an email interview. He's the chairman and chief executive of Carpenter & Company, a Newport Beach, California, consulting, private equity, broker-dealer and registered investment adviser firm that has assisted clients in starting hundreds of banks and savings & loans across the nation since the 1970s. The company handles 40 percent of new bank applications in the U.S.

Most of the would-be bank founders who come to Carpenter for guidance are groups, but it's possible for a single wealthy person to start a bank and own 100 percent of it. "Several years back, we did one in which an individual put in $50 million and started his own bank," Carpenter recalls. Solo founders often are civic-minded individuals, rather than someone motivated by ego or the prospect of becoming even richer. In some instances, they're trying to take the place of a small local bank that recently closed down.

Carpenter says that people start banks for various reasons. Sometimes, bank startup entrepreneurs think they can find customers in a particular community that's underserved by existing financial institutions. In one common scenario, a group of Chinese-Americans or Latinos might decide to start a local bank to serve immigrant customers in their native language. Other bank founders possess a specific sort of lending expertise that gives them a competitive advantage in some particular business. (Sometimes that niche can be pretty arcane — Carpenter cites the example of one bank that was founded specifically to make loans on special engines that seaports and government agencies use to retrofit old diesel trucks to run on electricity.) Or maybe they have a plan to offer mobile banking or some other service that local competitors don't yet have.

In addition to brick-and-mortar community banks, in recent years, companies involved in the financial technology field, also known as fintech, have also begun allowing starting online banks to take advantage of innovations they've developed, such as software that automates and speeds up the loan application process. "That's much more of a new wave," Carpenter says.

So Where Do You Start?

Starting a bank might sound like easy money, and you'd expect that a lot of people would give it a try. Instead, there only are about 20 applications to start banks in the U.S. each year, according to Carpenter. And just 10 new federally chartered banks opened in the first three quarters of 2019. That's because starting a bank requires a lot of work and money. Typically, the process takes about a year and a half.

At the start, when potential bank founders come in to seek help from Carpenter, he first wants to look at their business plans. "The bottom line when people come in is, does it make sense or not make sense, based on competition and the business plan?" he explains. (From the Banking Law Journal, here's a list of questions that prospective bank owners should be able to answer.)

If it looks as if a new bank has a good chance of success, that's when the complicated part begins. Bank founders need to put together a board of directors to oversee management, and then they have to go out and raise enough capital to fund the bank's operations. We're not talking just taking a loan out of your 401(k), either — this requires serious money. "Most likely at the low end, we're talking about $10 million," Carpenter says. "We just opened a bank in New York for which they raised $130 million."

Now the Regulators Take Over

After that, it's time to apply to the government regulators who oversee banks. In some cases, bank founders may opt to apply to a state agency for a charter, or they may go to the federal Office of the Comptroller of the Currency. Once a bank is chartered, it has to obtain insurance from the Federal Deposit Insurance Commission, though that's usually a given, according to Carpenter. (From FDIC, here's a list of new banks recently approved for insurance.)

There's a certain amount of risk to the process, because if regulators nix an application, the bank founders are out whatever they spent on advisers other expenses.

Once a startup bank gets through the regulatory process, though, things usually work out pretty well. "Banks, by and large, are very safe investments with decent returns," Carpenter says. In its third or fourth year of operation, a new bank typically is earning a 10 to 15 percent annual return on the equity that the startup group has invested in it.

For all the new banks that are opening, others are closing or being bought up by bigger institutions, so that the number of banks in the U.S. has gone from 16,500 in 1992 to around 5,500 today, according to Carpenter.

But, although big banks and online banks powered by fintech increasingly are dominating the banking industry, there's still a place for small banks. "They have just 10 percent of the nation's deposits, but that's still a trillion dollars," Carpenter explains. "And they make 50 percent of the small business loans."

Now That's Interesting
Less than 1 percent of the banks started in the U.S. since World War II have failed, according to Carpenter. That's because "regulators do a very good job of monitoring the system," he says.

Hades, Greek God of the Underworld, Had a Pretty Good Gig 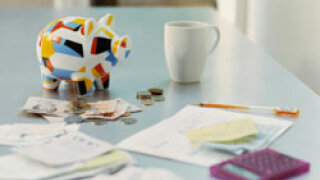 10 Things to Consider When Choosing a Bank 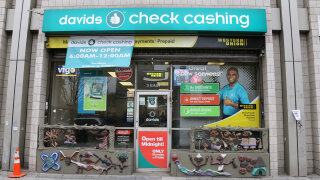 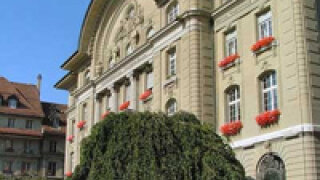