The Landlord's Point of View 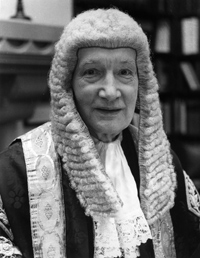 There's another party to consider in the issue of squatting: the property's owner. An unused house that is hijacked by squatters might be in a transition between tenants. Once squatters have moved in, any potential revenue that may come from the property screeches to a halt. While a landlord may feel like the loser in a squatting situation, if he or she follows the law, the landlord will most likely emerge as the victor.

When a landlord finds a squatter, the first logical step would seem to be to cut off the power and water to the house and padlock the doors. Not a good idea. There are laws that protect the rights of a tenant, and these are granted to squatters as well. The courts can levy fines against the landlord for taking these illegal actions [source: University of New Mexico]. What's more, a landlord can be held liable for any harm that comes to a person on his or her property -- even people living there without permission. This makes the situation even stickier for a steamed landlord and is all the more reason for him or her to seek legal advice.

While there are laws that protect the squatter, there are also laws to protect the property holder. These laws tend to ultimately favor the landlord. In the United Kingdom, 20th-century legal mind Lord Tom Denning posited, "[A squatter] may seek to justify or excuse his conduct. He may say that he was homeless and that this house or land was standing empty, doing nothing. But this plea is of no avail in the law" [source: Boodle/Hatfield]. If the property holder follows the law to the letter, the duration of the legal battle between landlord and squatter can actually be shortened. Acting quickly upon learning that his or her property has been taken over by a squatter lends legal weight to the landlord. As we've already learned, failure to decry the squatter can be interpreted in court as implied consent to the squatter's presence.

Step one to getting rid of a squatter is to call the police. If the squatter is deemed to have established tenant's rights, it becomes a civil matter and the police are helpless to intervene. Then the process of eviction begins.

This legal procedure involves lots of paperwork, including serving the unwanted tenant with eviction notices and informing them of court dates. It also involves sacrifice on the landlord's behalf: He or she must take time off from work to appear in court and accept lost rent money on the property if it is for lease. All told, one HowStuffWorks employee who found a squatter in his rental property says he spent thousands of dollars getting rid of her. This amount didn't include property damage, like the landlord's refrigerator that was without power for three months in the summer -- the squatter duct-taped the seal to keep the smell in.

The squatter our HSW employee encountered appeared to be simply looking for a place to live rent-free. But squatting can also be a political statement. For people who believe housing is an inalienable human right, squatting is as much about protest as it is finding shelter. The political side of squatting has created movements around the world -- both in and out of developed Western capitalist societies. Read about the squatters' rights movement on the next page.