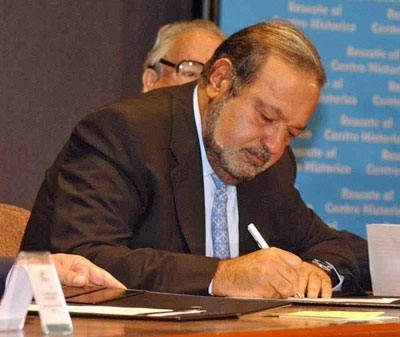 Mexican businessman Carlos Slim, with a net worth of $67.8 billion, has passed Bill Gates to become the richest person in the world.
Image used in the public domain

­How would you feel about making $19 billion in a year? That's what Carlos Slim Helu did for the last six months of 2006 and the first six months of 2007. A Mexican financial magazine called "Sentido Comun," or "Common Sense," believes that the 67-year-old Mexican billionaire, who's frequently referred to as Carlos Slim, is now the richest person in the world. The magazine estimates that Slim is worth $67.8 billion, whereas Bill Gates, the richest person in the world for more than a decade, is worth about $59 billion.

How did this immigrant son (his father came to Mexico from Lebanon) become the "Warren Buffett of Latin America"? For one, he's shown a knack for turning around struggling companies. Shrewd investments and a booming Mexican stock market also help. From January 2007 through the end of June 2007, several major companies that Slim is involved in experienced huge gains in their stock prices. Some of those gains include:

Slim's companies collectively make up about half of the Mexican stock exchange's value. He owns a third of America Movil, which amounts to $36.2 billion. He also owns computer retailer CompUSA, but is trying to sell it. Besides telecommunications and computers, Slim has a wide range of holdings and investments, including construction, tobacco, restaurants, retail stores and music.

Around 53 percent of Mexico's 108 million people live in poverty [Source: BBC]. Because of this and of the examples set by billionaire businessmen/philanthropists Bill Gates and Warren Buffett, Slim has been called on to give more money to charity.

Recently, Slim increased his charitable contributions. The public can view his art collection in Mexico City's Museo Soumaya, named after Slim's deceased wife. His company Telmex has its Telmex Foundation, whose $1.2 billion endowment makes it the largest corporate charity in Latin America. In 2006, he increased the size of the Carso Foundation, a charity run by his family, to $2.5 billion. He has also reportedly spent $4 billion on education and health projects, such as paying for operations for poor children, and contributes to an effort to revive Mexico City's historic downtown area.

Slim's fortune and vast business holdings already make up a formidable dynasty, one that's unlikely to be disrupted. Three of his six children help run his business empire. Unlike the United States, Mexico does not have capital gains tax or an estate tax. Slim could sell his stocks and would not be taxed on the profits, nor will his estate be taxed upon his death. He may, however, face government regulation in the near future. Many industries in Mexico are dominated by one or two companies, and the government is being pressed to crack down on monopolies. Telmex, a landline phone company, claims 90 percent of the Mexican market. America Movil has 70 percent of the Mexican cell-phone market and is the biggest cell-phone carrier in Latin America. Despite any impending regulation, Slim has money, a diverse group of companies, well publicized charitable contributions and a raft of lawyers on his side. Undoubtedly, his fortune will not suddenly evaporate, and he may remain the richest man in the world for some time.

On the next page, we'll take a look at the world's former richest man and what it means to be among the mega-rich. 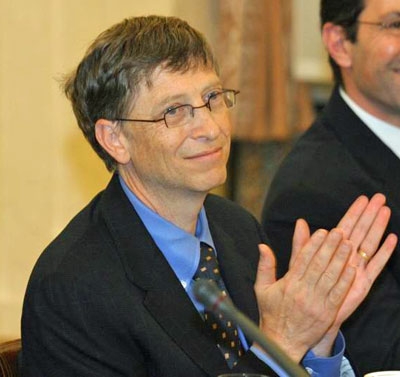 For more information about Carlos Slim, the mega-rich and important charitable foundations, check out the links on the next page.