How much gold is there in the world?

If you look at a page like this one, or if you look it up in an encyclopedia, you will find that the annual worldwide production of gold is something like 50 million troy ounces per year. Gold has a specific gravity of 19.3, meaning that it is 19.3 times heavier than water. So gold weighs 19.3 kilograms per liter. A liter is a cube that measures 10 centimeters (about 4 inches) on a side. There are 32.15 troy ounces in a kilogram. Therefore, the world produces a cube of gold that is about 4.3 meters (about 14 feet) on each side every year. In other words, all of the gold produced worldwide in one year could just about fit in the average person's living room!

Figuring out the total amount of gold that has been produced by man is a little harder. To get at some kind of estimate, let's figure that the world has been producing gold at 50 million ounces a year for 200 years. That number is probably a little high, but when you figure that the Aztecs and the Egyptians produced a fair amount of gold for a long time, it's probably not too far off. Fifty million ounces * 200 years = 10 billion ounces. Ten billion ounces of gold would fit into a cube roughly 25 meters (about 82 feet) on a side. Consider that the Washington Monument measures 55 feet by 55 feet at its base and is 555 feet tall (17 x 17 x 170 m). That means that if you could somehow gather every scrap of gold that man has ever mined into one place, you could only build about one-third of the Washington Monument.

Platinum is even more scarce than gold. Only 3.6 million troy ounces are produced per year. Its specific gravity is 21.45, and it was discovered in the 18th century, not in 3,000 B.C. If you assume that the world has produced 3.6 million ounces per year for 50 years to estimate the total worldwide supply, all of the platinum in the world would fit in a cube that is 6.3 meters (about 20 feet) on a side. In other words, all of the platinum in the entire world would easily fit in the average home!

These links will help you learn more: 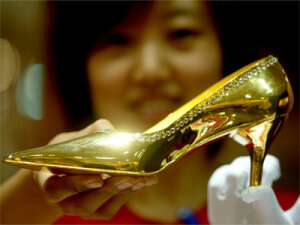 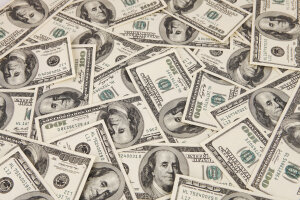 How much is &quot;all the money in the world&quot;?