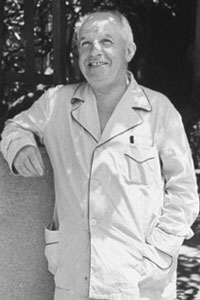 One famous type of pyramid scheme is known as a gifting scheme. These often have names like dinner party, women empowering women, dinner club, circle of friends or women's empowerment network. This scheme is a naked pyramid scheme in which new participants "buy in" with a set amount of money that is "donated" to the person who recruits them. They, in turn, are required to recruit more people. As you collect more recruits, you move up the pyramid, sometimes with colorful names like the "salad level" and "dessert level" [source: Pyramid Scheme Alert]. Recruits are promised a substantial lump sum once they reach the peak level. These schemes often target women with the idea that through collective donations they're helping each other earn more money.

A Ponzi scheme is a fraudulent investment plan in which the money isn't invested at all. Instead, every new investment is used to pay off earlier investors. In 1920, Charles Ponzi ran a scam promising New Englanders a 50 percent rate of return in 45 days for a convoluted investment involving international mail coupons [source: The New York Times].

Ponzi ended up collecting $10 million and paying back $8 million, leaving a cool $2 million for himself. He served back-to-back federal and state prison sentences for mail fraud. A Ponzi scheme isn't a pyramid scheme because the fraud is centralized -- controlled by one person or entity -- instead of being spread across a network of people who willingly or unwillingly perpetrate the crime.

Affinity schemes are pyramid schemes that target certain ethnic or religious groups. The scammer presents him or herself as a member of that group and sells the pyramid scheme as a way for people to "give back" to the community while providing job opportunities for other members [source: New York State Office of the Attorney General]. Scammers try to lure in prominent members of the community first to set an example.

One of the hottest pyramid schemes continues to be the penny stock scams that are promoted through spam e-mail messages. The e-mails tout "incredible investment opportunities" to get in "on the ground floor" on a stock that's about to "take off!" The inner workings of penny stock schemes are complicated, but here's an overview: