Browse the article How Philanthropy Works 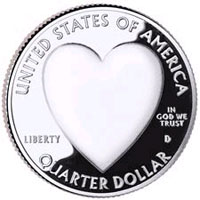 Most of us learned as children that sharing is a good thing. We didn't know we were practicing philanthropy -- we just knew that giving to other people or important causes made us feel good. Decades ago, many people tended to give to the organizations that touched their lives, such as churches, hospitals and schools. (Those three are still among the most popular recipients of charitable giving.)

Today, there are more than 600,000 charities and foundations operating in the United States, representing, it seems, every conceivable cause on the planet. Charities are making their presence known through elaborate ad campaigns, Web sites and high-profile fundraisers. These more organized, more visible efforts are necessary, charities say, because:

Americans have responded generously -- charitable giving in 2005 totaled over $260 billion, according to the American Association of Fundraising Counsel. Who's doing the giving? People like you and me, according to the Association of Fundraising Professionals, which reports that individual gifts represented about 76 percent of the money raised by charities in the United States in 2002. Donors have become more savvy and now require greater accountability from the charities to which they give. In this article, we'll take a close look at how philanthropy works, the various ways in which you can contribute and how you can make sure your donation is going where it should. We'll also discuss tax-deductible gifts and look at volunteerism, another way of giving.

At its core, philanthropy is anything that represents a direct effort to help others -- ideally, effort expended without expectations of getting something in return. Many organizations directly benefit people who need help; others, such as conservation nonprofits (see How The Nature Conservancy Works), contribute in ways that indirectly but significantly affect us and our children and our grandchildren. We are free to give our money to charities that assist causes we believe are important.

The size of the gift isn't what characterizes a philanthropist -- nationally, an independent survey found that people in the lowest income brackets tend to donate as much or more than their higher-wage counterparts. According to the BBB Wise Giving Alliance, the average American household donates about 2 percent of its annual income. Most charities say that they still rely on these individual gifts for survival. ­

Checking out a Charity

Experts assert that a legitimate and efficient charity should be using 50 to 60 cents of each dollar it receives to conduct the actual charitable work and use the remaining funds to pay for administrative, marketing and other operational expenses.

To find out how efficient a charity is, you can start by checking out the organization with the local charity registration office (usually a division of the state attorney general's office) and with your local Better Business Bureau. Keep in mind that licensing does not equal governmental endorsement of the charity.

There are also numerous non-commercial organizations, such as the Council of Better Business Bureaus, The Foundation Center and GuideStar (Philanthropic Research, Inc.'s Web site), as well as professional organizations for nonprofit administrators. It's always helpful to read up on what's going on in the world of philanthropy -- check out some of the philanthropy journals (such as Philanthropy News Digest) online and in the library.

You can actually check to see the amount of your dollar that goes directly to charitable work on that organization's required annual Form 990 Web sites for both Philanthropic Research, Inc. and the National Center for Charitable Statistics make available the latest 990 forms for private foundations and public charities.

Charities and foundations are required to complete this form once a year, and this information must be made available to potential donors upon request. (Many forthcoming charities actually post their financial information on their Web sites.)

The specific information on these forms and in a charity's annual report will give you a good idea of how the charity works, who governs it (most have directors and boards) and where and how it spends money to address its concerns and run its operation. In these reports, you should be able to see the major expense categories, including program services, management/operation and fund raising.

All charities solicit support in various ways, using in-person, phone, Internet and direct-mail methods. Any information you receive should clearly identify the charity and state its purpose.

It has become common practice in modern fundraising for charities to share, swap and sell lists of donors. For example, when you give to a charity, your name and address may be exchanged, borrowed or sold to other nonprofits or even to for-profit companies. Charities who do this say that not only do these activities provide additional income, but they also help them to locate new donors and to reach a broader group with mailings about important issues. According to the Better Business Bureau, a major charity mailing may involve up to millions of letters -- something that often requires the use of many different mailing lists.

If you don't want your name on these mailing lists, there are a couple of steps you can take. Increasingly, because of the way many people react to unsolicited mail, charities are disclosing their mailing list policies and providing an opportunity on their printed donor cards or Internet forms for you to ask that your name not be shared.

If you're already getting more mail solicitations than you want, you can write to the organizations and request that your name be removed from their mailing lists. This may or may not work -- keep a copy of the letter, and if you feel you're being harassed (by mail, phone or in person), contact the BBB Wise Giving Alliance for suggestions and assistance. 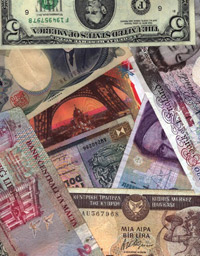 Obviously, there are still charities, such as the Salvation Army, that are happy to take your cash. However, today there are several ways for you to make your charitable contributions:

What About Giving via the Internet?

Like most businesses and organizations, charities have taken their fundraising to the Internet. Experts estimate that there are presently more than 300,000 Web sites for nonprofits. This makes sense -- a Web site is a relatively inexpensive way to promote a cause, recruit volunteers and raise money.

As Internet consumers have already found, fraud is always a concern. Earlier this year, a Better Business Bureau in Austin, Texas, learned about a person who was using the Internet to solicit $1 donations (on checks made out to "cash" and sent to a private P.O. box) for tornado victims and was actually pocketing the money. In another case, a group ran misleading ads that claimed that, for $19.95, they could help anyone obtain "free" cash from private charitable foundations. Chain letters are another cause for concern.

Experts suggest that you try to steer clear of these kinds of problems by following these tips:

A basic characteristic of a charity or philanthropy is its nonprofit status (many organizations today prefer the term not-for-profit) -- eligibility that must be documented by the Internal Revenue Service before an organization can solicit charitable donations or gifts in the United States. Small charities or churches with annual incomes of less than $5,000 do not have to apply for tax exemption. According to the Council of Better Business Bureaus, organizations that solicit contributions and memberships generally fall into one of these tax-exempt categories:

But just because an organization has tax-exempt status doesn't mean that your gifts will automatically be tax-deductible. For example, gifts to charities located in foreign countries are not, in most cases, deductible on U.S. federal income tax forms. Whether donations to a charity are tax-deductible is determined by its foundation status. Within these 501(c)(3) organizations, there are three basic designations:

Individuals who give to the private charities, private operating foundations and certain private foundations are allowed to deduct donations that represent up to 50 percent of their adjusted gross income if they itemize on their federal tax returns.

If you give to private foundations, generally, you will be able to deduct up to 30 percent of your adjusted gross income. Corporations making contributions to 501(c)(3) organizations are allowed to deduct all contributions up to an amount typically equal to 10 percent of their taxable income. This applies without regard to foundation status.

There are some charities that claim they need volunteers every bit as much as they need money to make their efforts successful. So if you don't have much money, give the gift of your time and care by volunteering. (By the way, if you, as a volunteer, have out-of-pocket expenses, including transportation costs, these may be tax-deductible.)

The UPS Foundation published a national survey on volunteerism in 1998. The major finding of the survey was that volunteers are more likely to donate time when they believe that their time will be used effectively. Around 40 percent of the people who responded to the survey said they had stopped volunteering because the charity with which they worked made poor use of their time. Nonprofits say they have made progress in recruiting and managing volunteers but still consider it one of the most significant challenges they face.

You don't have to find an organized charity in order to do something important. You can buy a pizza and take it to a family whose parents are out of work. Or donate a book to your local library, take your newspapers to the recycling bin or read to an elderly friend who lives alone. After all, they say that charity (or philanthropy) begins at home.

For more information on philanthropy and related topics, check out the links on the next page.

The BRICK Awards are sponsored every year by Do Something, a not-for-profit company that encourages young people to make positive changes in the world.