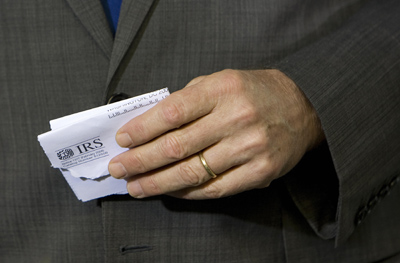 Colonial and early U.S. taxes went through various changes until the first income tax was established by the Revenue Act of 1861. The purpose of this income tax was to help the Union raise money to fight the Civil War against the Confederacy. This income tax affected incomes of $800 and up at a rate of 3 percent.

In 1913, the 16th Amendment to the Constitution gave the government the power to levy an income tax regardless of state population. The federal income tax has been in place ever since.

Here are some important dates in the history of the federal income tax and its tax brackets.

If you'd like to know more about tax brackets and related topics, you can follow the links below.

In the early days of the modern income tax, the tax law stated that the tax covered "lawful income." In 1916, the word "lawful" was deleted. Effectively, illegal income, such as stolen money, was subject to income tax.