Do you have to pay income tax for stuff sold on eBay? 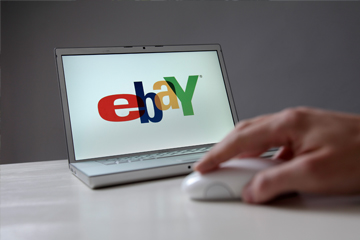 Yes, you are legally obligated to pay income tax for things you sell on eBay, but the IRS tries to make a distinction between those who sell only occasionally and those who sell more regularly.
Classen/ullstein bild via Getty Images

Do you have to pay income tax on the stuff you sell on eBay? The answer is yes — depending on how you ask the question.

If you ask, "Am I legally obligated to pay income tax if I make money selling things on eBay?" the answer is an unequivocal yes. IRS Fact Sheet #FS-2007-23, "Reporting Auction Income and the Tax Gap," states, "all income from auctions, traditional or online, and consignment sales is generally taxable." (There are exceptions — occasional garage or yard sales don't have to be reported.) However, the IRS goes on to qualifying that by stating, "Some people sell a product or service online as a hobby. This income generally must be reported" [source: IRS].

The IRS tries to make a clear distinction between individuals who sell on eBay only occasionally and hobbyists who sell on eBay more regularly. There is some gray area between the two, depending on how far you want to try and stretch the concept of an "occasional" seller. The IRS is sure to err on the conservative side, but there are no hard numbers governing how much you can earn on eBay without reporting it, or how often you have to sell through the service to be considered a "hobbyist" as opposed to an "occasional seller."

To further tantalize those who might want to stretch the spirit of the law, eBay doesn't report earnings to the government by sending its sellers 1099 forms. Therefore, the IRS has no way of knowing how much you've earned — unless you report it. If you're asking if you "have" to pay income tax on the money you earn selling things on eBay, the answer is: You're legally obligated to pay, but no one's going to force you.

If you find yourself trying to figure out if you owe income tax on the money you've earned selling on eBay, we've got related articles and fun facts on the next page to distract and inform you while you're deciding what to do.