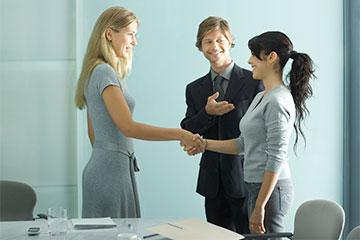 Here's a news flash: You can work for a company or other organization without being considered an "employee." Yes, there is the subclass of worker often referred to as an "intern," best known for making copies and fetching coffee. There are also an increasing number of people -- freelancers, part-timers and contractors -- who do real work without the "employee" tag. That's mostly because employers don't want the legal and financial responsibility that comes with it.

Perhaps the best way to know whether you're being treated as an employee or an "independent contractor" is to look at your taxes. If you receive a Form 1099 from your employer at the end of the year, instead of a W-2, the money that you were paid is considered nonemployee compensation. It's important to know the difference, in part because of the tax consequences that come with being labeled a "nonemployee" [source: IRS].

First, the good news: You get paid everything up front. Employers don't withhold estimated taxes from paychecks issued to independent contractors. That means you can put the dough in the bank, shove it under your mattress, invest it in exotic low-yield bonds or bet it all on 21 at the roulette table in Vegas.

The bad news, of course, is that you're probably going to have to pay some of it back to Uncle Sam at the end of the year. Depending on how much you make, you may even need to pay estimated taxes on a quarterly basis or risk being penalized come January [sources: IRS, IRS].

In fact, independent contractors are typically on the hook for more money than their traditional employee colleagues. The Internal Revenue Service considers nonemployee workers as self-employed, even if they don't actually own a business. As such, independent contractors pay both the employee and the employer share of Social Security and Medicare taxes on the money that they earn.

It's not simply up to your employer to decide whether you're an actual employee or that the money you're paid should be considered nonemployee compensation. While the business might get the first crack at making this determination, there are a number of legal guidelines that it is supposed to consider in the process.

Generally, the question comes down to whether the business controls how and when the worker gets the job done. Even workers who are given some autonomy on a daily basis will be considered employees if the business exercises certain forms of overall control [source: IRS].

Among other factors, a court or the IRS will probably take a look at how much direction the business gives the worker. If the employer simply assigns a task with a deadline and lets the worker go off and get it done, this is likely to weigh in favor of independent contractor status. If the employer insists that the worker report to the office at a certain time each day, that's veering into employee territory. Finances also come into play: A business that reimburses a worker for expenses and provides the worker with tools and supplies is generally more likely to be considered in an employer-employee relationship than one that shifts these costs to the worker [source: IRS].

Often the key to determining employment status is the contract between the worker and the business. Is the relationship for a set time or indefinitely? Does it provide for benefits like a pension, insurance or vacation? If so, the worker is likely considered an employee. The agreement may also provide some detail as to how the work is to be performed. Needless to say, there are a number of grey areas here that may require professional legal advice [source: IRS].

Perhaps the 9 to 5 drudgery of being a full-blown employee isn't so bad after all. If you think the company or organization that you work for has wrongly categorized you as a nonemployee, there's a form for that. A worker can ask the IRS to determine his or her status by filing Form SS-8 [source: IRS].

If you've been designated as an independent contractor, you will receive a Form 1099-MISC sometime after the end of the year [source: IRS]. The form technically is designed to track what the feds call "miscellaneous income." For contractors, however, it's similar to a W-2 in that it shows how much you've made over the year, a figure that's then used to determine your tax responsibility.

Any business or organization that pays an independent contractor at least $600 over the course of a year is required to issue the worker a 1099-MISC. Lest you think the tax authorities might not notice a payment here or there, keep in mind that the business also has to issue a copy of the 1099 to the IRS. The IRS can use that info to make sure that you've reported all of your income at the end of the year. Failure to report can result in fines or -- in extreme cases -- jail time.

The 1099-MISC is designed to capture income from a variety of sources, which means that it includes a number of different boxes that may or may not be applicable to certain tax filers. Independent contractors like freelance workers are likely to find their pay is listed in Box 7, under "Nonemployee Compensation" [source: IRS]. Other boxes list income from sources like rent, royalties, professional fishing activities, sales of consumer goods and crop insurance proceeds. Yes, that money is likely to be taxed too.

1099 forms come in many shapes and sizes. In addition to the 1099-MISC, there's the 1099-DIV for tracking income from stocks, bonds and mutual funds and the 1099-G, which covers unemployment benefits and other payments from government sources. There's also the 1099-R, used to document withdrawals from an individual retirement account. That money isn't taxed when you put it into an IRA. Instead, Uncle Sam takes his piece on the way out.