Would a Consumption-based Tax Work? 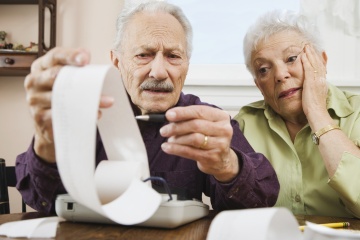 While a tax on consumption might be a possibility in the future, critics say there are many reasons why the Fair Tax is not a feasible plan.

One of the most vocal critics of the Fair Tax is Bruce Bartlett, a former U.S. Treasury Department official, who has said the Fair Tax would shift the country's tax burden from the wealthy to the poor [source: Bartlett]. The prebate would help, but once that money is spent, it will be taxed too. Preliminary number-crunching finds that lower- and middle-income taxpayers could end up paying more tax than they do now.

Another problem is state taxation. States would have to adopt a similar type of tax policy or face having to create their own complex tax systems and codes. If states added an additional 10 percent or so onto the sales tax rate, the cost of goods and services could seem even more daunting.

What about home mortgages or even rent? Those would also presumably be taxed at this rate, Bartlett says. Would that make housing prohibitively expensive?

And those prices that could be lowered with this tax? That could also hurt the economy and impact wages.

Retirees or people subsisting on their savings would be unfairly penalized because they already paid tax on that income and will have to pay substantially more tax on future purchases.

Then there's the messy business of doing away with the current tax system, which would mean abolishing the IRS as it exists today and upending the multi-billion dollar tax preparation industry. Further, who would monitor and audit the Fair Tax system? Would retailers bear the responsibility of getting it right?

Finally, Bartlett argues that a straight 23 percent (and even the more accurately stated 30 percent) would not be enough, and that the tax would have to be significantly higher to make the Fair Tax plan fiscally neutral. Additionally, he says, because the tax would apply to government spending, the federal government would have to tax itself.

Despite these problems, supporters still believe that a consumption tax could work in the U.S. In fact, we are one of the few wealthy nations currently without a national sales tax. Change may start on a state level. A handful of Republican governors have proposed state reform that favors sales tax over income tax [source: Stevenson]. If one of these governors, Louisiana's Bobby Jindal, for example, makes a bid for the presidency in 2016, a federal consumption tax could soon be part of the national debate.

Author's Note: Could income tax be replaced by a consumption-based sales tax?

I don't think it's a risk to my journalistic integrity to admit that I hate taxes. As much as I dislike paying them, preparing and filing them is even worse. The idea of abolishing the current confusing, labor-intensive system is appealing to me.

That said, the Fair Tax seems too simplistic to be a workable plan. I can't help but envision a future filled with marketplaces where tax pirates sell shoddy goods (kind of like a swap meet on planet Tatooine in "Star Wars").