Benefits of a Consumption-based Tax 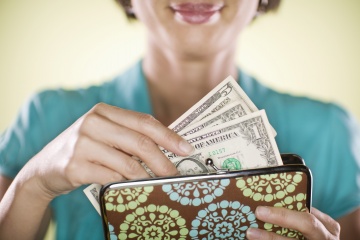 Proponents of a consumption-based tax say you'd get to keep more of your paycheck and find it easier to save money.
Randy Faris/Comet/Corbis

Imagine keeping 100 percent of your paycheck. Better yet, imagine not having to file an income tax return every year. Those benefits alone could persuade anyone who has prepared a tax return to be in favor of a consumption-based tax.

Americans would also have a clearer view of exactly how much of their pay goes to the government. That's not so easy for the average person to calculate under the current laws.

Despite appearances to the contrary, the system was not designed to be the complex machine it is today. The 16th Amendment, which could be considered the first tax code, was 27 pages long. Today, the Internal Revenue Code is more than 5,200 pages long. And a guide to help tax preparers, called the"Income Tax Service," which was 400 pages in 1913, today comprises nearly 74,000 pages in 25 volumes [source: CCH]. What's worse, tax laws change every year.

The amount of tax paid by the wealthiest Americans would most definitely go down under a Fair Tax. Instead of paying about 39 percent of income to the federal government, the wealthy would be paying about 30 percent, and only on purchases. But experts say the plan would still be revenue neutral. In fact, revenues would be more predictable under the Fair Tax because consumption is more stable than income [source: FairTax.org].

Beyond saving time and money preparing returns, a Fair Tax might also help with personal savings. Because savings and investments would not be taxed, individuals would be encouraged to save more than spend. There would also be more incentive for businesses to invest and grow with the money that is not being paid in payroll tax. And what about all of those companies leaving the U.S. to base headquarters in tax-friendlier countries? They could remain inside the country and employ American workers without taking a tax hit.

Some proponents believe that the Fair Tax will drive down prices by as much as 30 percent without the burden of existing federal taxes.

A Fair Tax might also make it more difficult to be a tax cheat. Regardless of the type of job you have, where your wages come from or your residency status in the country, you pay the same percentage when you buy goods and services. Under this system the only way to reduce your tax bill would be to buy less.