A Bit of Tax History 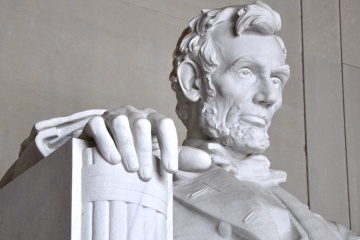 President Abraham Lincoln established a tax on personal income to help pay for the Civil War — a year before he started the Internal Revenue Service.
©iStockphoto.com/marcnorman

If you think that our current tax system is unshakable, consider the fact that federal individual income taxes have not been around since the country was founded. In fact, formal income tax law is just over 100 years old. It was born as the United States Revenue Act, or Underwood Tariff Act, in 1913 as part of the ratification of the 16th Amendment.

There were, however, a couple of prior attempts made to establish a federal income tax. In 1861, President Lincoln introduced a Revenue Act that taxed personal incomes to help pay for the Civil War. Lincoln also established the IRS in 1862, but his federal income tax was abolished within 10 years of its birth.

The country even had a flat tax at one point. In 1894, the government enacted a flat federal income tax, which was abolished a year later when the Supreme Court ruled the tax was unconstitutional [source: Terrell].

It was 1913's United States Revenue Act that stuck. The first federal income tax rates were 1 percent for income above $3,000. If your income was greater than $500,000 (significant cash in those days) you'd pay a 6 percent surtax. Compare that to today's federal income rates, which range from 10 percent to nearly 40 percent for the top tax brackets [source: Pomerleau].

On top of that, 43 states also tax personal income. The highest-tax states? California at 13.3 percent, Oregon at 9.9 percent and Minnesota at 9.85 percent [source: Stone et al.].

Most states also impose a sales tax on purchases, a practice that's been around since the era of the Great Depression, when states started looking for ways to generate revenue. In 2014, 45 states collected statewide sales taxes, and 38 states had local sales taxes. The highest sales-tax states today are Tennessee at 9.45 percent, Arkansas at 9.19 percent and Louisiana at 8.89 percent [source: Drenkard].

Added up, Americans are paying quite a bit in income and sales tax. Combining our tax burden into a single, one-time payment could ease tax burdens while stimulating both the economy and job creation, according to proponents.