The 'Death Tax' in the 21st Century 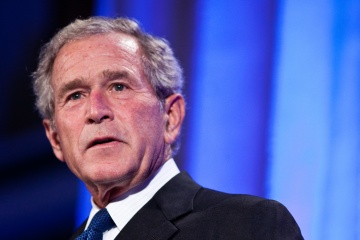 The 1990s were a decade of mostly technical modifications of the estate tax. After the government accumulated a budget surplus in the late '90s, the death tax became a hot political topic in the 2000 presidential election. As soon as President George W. Bush was elected on promises of tax cuts to return this surplus to the American people, the death tax sat squarely on the chopping block.

The Economic Growth and Tax Relief Reconciliation Act of 2001 restructured tax rates in several ways, including reducing the "marriage penalty," increasing the standard personal deduction and raising the Child Tax Credit. In addition, it set a schedule for a gradual reduction of the death tax. The top rate of the estate tax declined from 55 percent to 45 percent by 2009. Meanwhile, the exemption rose from $675,000 to $3.5 million in 2009.

In fact, for one year the estate tax disappeared entirely (but not the gift tax). However, the tax cuts outlined in this act, commonly known as the Bush tax cuts, came with an expiration date: The tax rates were set to return to the pre-Bush rates after 10 years if Congress did not vote to extend them.

The 2008 recession and the election of Barack Obama made the future of the Bush tax cuts uncertain. In 2010, Congress successfully extended the cuts for two years. During this time the top estate tax rate was set at 35 percent. After those two years were up, Congress and the White House negotiated to pass the Taxpayer Relief Act of 2012. This compromise resulted in a permanent exemption of $5 million and a top tax rate of 40 percent.

As of 2013, the estate tax makes up a scant 0.7 percent of total annual federal revenue [source: Center on Budget and Policy Priorities]. This is partly because very few people have estates large enough to exceed the exemption amount. In addition, those who do qualify can afford talented tax lawyers who are able to arrange an estate in such a way that shields wealth from the death tax.

The struggle between individual freedom and public good fascinates me, so I was happy to take on the subject of the death tax throughout history. But studying the subject also got me thinking about parents' obligations to children. On the one hand, many argue that it's only responsible to have children when the parents have saved enough to provide a comfortable life. On the other hand, some say parents do children a disservice when they pay their children's way.