The 'Death Tax' at the Turn of the 20th Century 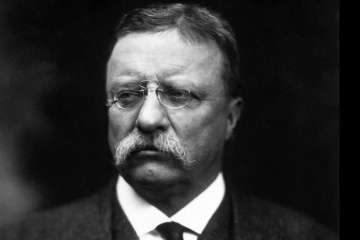 The rise of industrialization and the concentration of wealth among successful entrepreneurs led to a rise in Populism, an agrarian political movement that advocated taxing the wealthy at a higher rate. The movement successfully pushed for the passage of the IncomeTax Act of 1894, which included a tax on inheritance and gifts. However, for reasons unrelated to the death tax, the Supreme Court ruled this act unconstitutional.

The Populist movement won a consolation prize a few years later with the passage of the War Revenue Act of 1898 during the Spanish-American War. This was not an inheritance tax (on those who received the inheritance) but an estate tax like what the federal government uses today.

It exempted estates under $10,000 and those left to a spouse. The exact rate of the tax would depend on both the size of the estate and the relationship to the deceased. In 1901, Congress added exemptions for certain charitable gifts. Shortly after the war ended, Congress repealed the tax.

In the years that followed, a growing distaste for inherited wealth gave momentum to the idea of a permanent death tax. Its most powerful proponent was President Theodore Roosevelt, who during a 1906 speech to Congress said:

[O]ur national legislators should enact a law providing for a graduated inheritance tax ... [and] the prime object should be to put a constantly increasing burden on the inheritance of those swollen fortunes, which it is certainly of no benefit to this country to perpetuate. There can be no question of the ethical propriety of the Government thus determining the conditions upon which any gift or inheritance should be received.

Despite Roosevelt's strong support, in addition to support from his successors William Taft and Woodrow Wilson, it took a decade, and another wartime revenue demand, to convince Congress to pass the next death tax.