The History of the 'Death Tax' in the U.S. 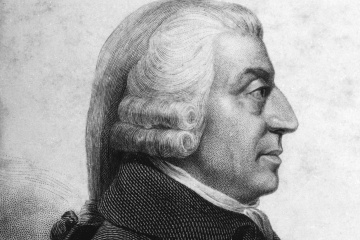 During the Scottish Enlightenment, economists and philosophers debated the legitimacy of the death tax. John Locke believed it was proper for government to protect the rights and property of the individual and wrote that it was natural and good for parents to pass wealth on to their children (but not others).

In the 18th century, William Blackstone disagreed, arguing that a person's claim to wealth ended when life ended, and the state should regulate any inheritance. Utilitarian Jeremy Bentham went even further, arguing for strong regulation of inheritance for the sake of the public good. On the other hand, Adam Smith favored the rights of the individual and free market for the ultimate good of society.

The American founders were very familiar with this philosophical struggle. At first, U.S. law aligned with Adam Smith's view of limited regulation, and the tax was used only occasionally. The Stamp Tax of 1797 was used to fund a naval war with France. The tax required people to purchase federal stamps on inventories of the deceased person's effects, on receipts for legacies (tangible property and goods) or shares of the estate, and on probates of will and letters of administration. Estates under $50 were exempt, and larger estates were taxed on a graduated scale. The tax exempted widows, children and grandchildren [source: Luckey].

In 1802, Congress repealed the tax after the need for revenue ended. Congress considered passing the death tax again during the War of 1812, but the war ended before it passed.

A federal death tax next appeared during the Civil War, but with three significant changes. First, the Revenue Act of 1862 taxed the receivers of the inheritance directly, rather than tax the legal instruments used to convey the inheritance by required stamps.

Second, the Internal Revenue Act of 1864 extended the scope of the tax to include real property (i.e., land and buildings) rather than just personal property such as legacies and distributive shares of businesses.

Third, the amendment contained what we would recognize as a gift tax because it taxed the transfer of real property if sold for less than fair market value during life. This last provision was an attempt by Congress to prevent people from dodging the death tax by transferring assets before death. Congress repealed this Civil War-era death tax in 1870.