How the Child Tax Credit Works

Browse the article How the Child Tax Credit Works 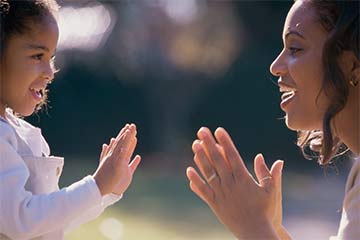 The child tax credit was created by U.S. lawmakers in 1997 as a way to help families offset the costs of raising and caring for kids.
Purestock/Thinkstock

Death and taxes may be the only things that are certain in life, but just when you kick the bucket and how much you kick back to Uncle Sam over your lifetime depend on a wide variety factors. The U.S. tax system is a confusing web of brackets and credits, many of which shift over time depending on who's running the show in Washington, D.C. That said, it pays to keep up to speed with tax code opportunities and changes. For parents, one of the most important sources of savings is the child tax credit. The program can reduce a family's tax bill by up to $1,000 per child.

The child tax credit was created by U.S. lawmakers in 1997 as a way to help families offset the costs of raising and caring for kids. It is separate from any deductions that a family might take on their tax return related to child care and other expenses and applied on a dollar-for-dollar basis. A family with one qualifying child who's entitled to the full $1,000 credit, for example, will have their taxable income reduced by $1,000 [source: Center on Budget and Policy Priorities].

The credit generally applies to child dependents under the age of 17 at the end of the year for which taxes are being collected. The amount of the credit, which varies based on income, is simply subtracted from the amount owed by a qualifying family. If the credit is more than what the family owes, they can get a refund check from the government [source: Center on Budget and Policy Priorities].

Next time little Johnny starts drawing on the living room wall with crayons, screaming at the top of his lungs at 3 a.m. or loading up his diaper just as you get to the park, remember: he's making you cash.

In order for a tax filer to get the credit, he or she must show that the child lived with the person or family for at least half of the year, that the child didn't provide more than half of his or her own monetary support during this time and that the child didn't file a joint tax return for the same year. The child also has to be a U.S. citizen, national or resident alien. The credit extends to families that care for children other than their direct offspring, such as brothers, sisters, grandkids, foster children, step children, nieces and nephews [source: IRS].

The tax credit also comes with an income component. It's designed to help working-class families first and foremost, and therefore provides less of a tax break to those whom lawmakers and policy wonks have determined are less in need or who don't earn enough. In tax year 2013, a tax filer had to make at least $3,000 over the year to get some of the credit and at least $16,330 to get the full credit. Meanwhile, the credit began to phase out at a modified adjusted gross income (MAGI) of $75,000 for single tax filers and at $110,000 for joint filers. The credit was reduced by $50 for every $1,000 earned above this threshold [sources: Center on Budget and Policy Priorities, Ernst &Young]. Your MAGI is your gross income with certain deductions subtracted and others added.

Income additionally comes into play when determining how much of the credit is refundable. A tax filer who claims the credit, but doesn't owe the government at the end of the year – or simply owes less than the value of the credit – can get at least some of it back under what's called the Additional Child Tax Credit. The available refund is 15 percent of any taxable earnings over $3,000 and maxes out at the total amount of the credit [sources: Center on Budget and Policy Priorities, Ernst &Young].

A single tax filer with three qualifying children that earns $20,000 in a year can get a $2,550 refund (15 percent of $17,000) for unused credits. That refund increases if her income goes up, but will max out at $3,000, the total amount of the available credit [source: Center on Budget and Policy Priorities].

The child tax credit is likely to continue growing, just like those bundles of joy for whom tax filers claim it. Just look at the history: Tax cuts in 2001 and 2003 expanded the credit to $1,000 from $500 per child and made it at least partially refundable. Following the recent recession, lawmakers widened the income restrictions on the credit as part of the American Recovery and Reinvestment Act. In 2013, federal lawmakers made the 2001 and 2003 expansions permanent and extended the widened income range through 2017 [source: Center on Budget and Policy Priorities].

All of these moves are intended to provide a little extra help to working class families, particularly those at the lower end of the earnings spectrum. They appear to be working. According to a study by the Center on Budgets and Policy Priorities, changes to the child tax credit helped raise an additional 900,000 people out of poverty in 2012 beyond those who would have been brought above the poverty levels under previous versions of the credit. Combined with the earned income tax credit, which essentially provides a subsidy for low wage workers, the child tax credit helped raise 10.1 million people out of poverty in 2012, the study found. Its authors also concluded that children supported by the child tax credit and the earned income tax credit tended to do better in school, are healthier and more likely to work as adults [source: Center on Budget and Policy Priorities].

Perhaps it's no wonder then that policymakers are already talking about making the child tax credit even more accessible to American taxpayers. Among the tinkering is a proposed plan to increase the amount of the credit to up to as much as $5,000 or more per year [source: Pethokoukis]. Although some folks oppose the credit as an attempt to lure couples into having more kids, it appears safe to say that the child tax credit isn't going anywhere anytime soon.