Can You Refinance Your Mortgage With Bad Credit?

by Alia Hoyt Jan 13, 2020
Even if you have a low credit score, you might still be able to refinance your mortgage. courtneyk/Getty Images

Whether a bad credit score is the result of too many shopping sprees, living beyond one's means or simply falling on hard times doesn't change the reality that such a grade can be a serious bummer. Some people look to refinancing a home mortgage, which can provide much-needed relief in the form of reduced monthly payments. Unfortunately, homeowners often assume that a less-than-stellar credit status precludes them from taking advantage of the refi benefits. So, are they right, wrong or somewhere in between?

What Is Bad Credit?

First, let's talk about what bad credit actually is. Every adult has a FICO score, which is basically a grade rating how good or bad a person's credit is. The range for the score is between 300 and 850, with anything below 669 considered bad or fair (or as lenders like to call it, "subprime.") This grade is designed to give lenders an idea of how likely a person will be to make loan payments on time.

To Refi or Refrain?

Let's say your FICO score falls at 600. Is it a waste of time to even consider refinancing? "There are lenders out there that will do loans to customers with very low FICO scores, and there are lenders who won't," says Los Angeles-based Tony Garcia, market manager for Wells Fargo Home Mortgage, noting that such scores typically fall within the 500-600 range.

Garcia suggests getting a free credit report before embarking on the refi process so that you have an idea of where your score stands. In fact, it's important to do this once a year regardless of whether or not you intend to refinance because the report could reveal fraud (someone's illegally opening accounts/racking up bills in your name), or flubs, which are mistakes made by third parties when compiling your credit reports (reporting missed payments that you actually made, for instance). You can appeal errors to the credit reporting agency, which could positively affect your score.

If the resulting score does fall into the low range, there are lenders out there who'll still work with you, as Garcia noted. However, the record-low interest rates that so many consumers find enticing might not be on the table. "Unfortunately, the lower the credit score, the higher the interest rate," Garcia says. "If you have a credit score that is not meeting the standards of national or other banks, you should expect potentially that you might have to pay a little bit more." It's also a good idea to consult with trusted family or friends to find a lender who'll shoot straight about whether refinancing is a good idea at that time. If it is, Garcia suggests getting about three quotes from three different lenders for a solid idea on what to expect. You might find one lender offers you a better interest rate than another.

How to Improve a Credit Score

If refinancing isn't in the cards right now due to a low credit score, take steps to improve the situation. Start by making sure all traffic, parking and library fines are paid off, as well as medical bills. Any time bills hit the collection stage a person's credit score is affected. Resist the urge to max out credit cards, and instead stick to less than 30 percent of your total limit to show responsible spending and good payback habits.

Also, it might seem smart to close unused accounts, but this is actually counterproductive, as 15 percent of a person's credit score is based on length of credit history. Navy Federal Credit Union suggests making the occasional small charge to a couple of largely unused accounts every once in a while, so that your credit history will appear extra solid and impressive. Do avoid opening new account before making a major purchase, however, as your credit score is affected ever so slightly every time one is opened.

As with most things credit-related, there's no cut-and-dried answer to whether or not a person with bad credit should refinance, but the possibility is definitely there. So, don't be shy about exploring your options.

Now That's Interesting
Americans are legally entitled to a free credit report every 12 months. Order yours from annualcreditreport.com (the only government authorized site) or call 1-877-322-8228. Be sure to have your name, Social Security number, date of birth and address handy to verify your identity. (Note, this free report won't have your FICO score, but it will give you a chance to see what your credit history looks like.)

The Long, Hard Battle for the 19th Amendment and Women's Right to Vote

How to Save Money on Homeowners Insurance 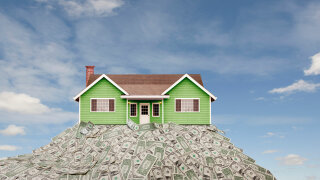 Pros and Cons of a Cash-out Mortgage Refinance 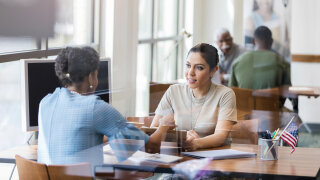 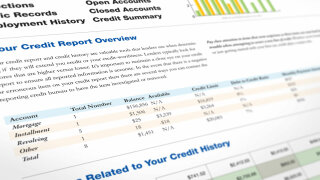