What Are the Options for Life Insurance Payouts?

by Dave Roos Jan 9, 2020
There are many options for paying out life insurance beside just a lump sum. PM Images/Getty Images

Life insurance can be a critical lifeline for individuals or families who have lost a cherished loved one. But receiving a large check during a moment of intense grief can also lead to confusion and poor financial decisions. That's why it's important to understand the different options for receiving a life insurance payout.

Life insurance policies guarantee that if the insured person dies within the coverage term of the policy, a set amount of money called the death benefit will be paid to his or her beneficiaries. If there's only one beneficiary, like a spouse, then that person will receive the entire death benefit. If there are multiple beneficiaries, like children, the payout will be split among them.

In most cases, the claim will be approved within 30 to 60 days, but claims can be delayed or even denied. If the insured died within two years of buying the life insurance policy, the insurance company will conduct an investigation to determine if the deceased failed to disclose any serious pre-existing medical conditions. A death by suicide could also lead to a denial in paying the claim.

Once the claim is approved, it's up to the beneficiary or beneficiaries to decide how they want to receive the death benefit, as a single lump-sum payment or in installments over time. While most people choose the lump-sum option, that's not a one-size-fits-all solution.

"Managing money is not easy for most people," says Jack Dolan, vice president of public affairs at the American Council of Life Insurers (ACLI). "Even for the most financially sophisticated people, a big lump sum can lead to many questions, particularly at a difficult time right after the death of a loved one."

Pros and Cons of a Lump-sum Payout

The biggest advantage of choosing to receive a death benefit as a single, lump-sum payment is immediate access to the money. Life insurance death benefits are typically large, anywhere from $500,000 to upward of $1 million. After the death of a loved one, this money can provide critical financial security.

For starters, the death benefit can help cover the costs of the funeral and burial, which would otherwise be a financial burden on the survivors. Second, the death benefit could be used to pay off burdensome debts like high-interest credit-card balances, student loans or a mortgage.

Also, the entirety of a lump-sum payout is tax free. That's not true if you let the death benefit sit in an account and collect interest. In that case, any accrued interest will be taxed as investment income.

But as Dolan mentioned, for some beneficiaries, receiving a large payout could be its own type of financial burden. It could cause contention among family members. It could lead to rash purchases or unwise investments. The fog of grief is not necessarily the best time to make major financial decisions.

Installments, Annuities and Other Payout Options

Installment Payments: This one is a little different from the rest of the payout options, because it's actually chosen by the insured, not the beneficiary. The policyholder may decide, for any number of reasons, that they want their death benefit to be paid out in installments after they die, anywhere from five to 30 years. The death benefit earns interest until it's all paid out. Some insurance companies offer discounted premiums for choosing this option, since the insurer gets to hold on to the funds for longer.

Annuities: Annuities are financial instruments that pay a fixed income over a length of time. Life insurance beneficiaries can choose to take some or all of their death benefit and use it to buy an annuity. That's called annuitization. The biggest benefit of annuities is that they provide a steady stream of income to replace the lost income from the death of the insured. Annuities are a good option for beneficiaries who don't have immediate debts to repay and want to use the money as a reliable source of income over time. Note that annuities accrue interest and that taxes will need to be paid on that interest.

There are a few options for buying annuities. The first decision the beneficiary needs to make is whether they want to receive payments for a set period of time or if they want the money to be spread out over the rest of their life. One of the biggest factors in this decision is the age of the beneficiary. A fixed-period annuity, also known as a "period-certain" annuity, condenses the payments into a shorter window, maybe 20 years, so that older beneficiaries can receive more of the money while they're still alive. Even if the beneficiary dies before the 20 years are up, they can designate a secondary beneficiary who will continue to collect the annuity until the payment period is complete.

Joint lifetime annuities avoid some of the risk by designating a spouse or other secondary beneficiary who will continue to receive annuity payments if the primary beneficiary dies. The amount of each payment will be less, though, because the insurance company is allowing a longer payment period.

Retained Asset Accounts: One of the drawbacks of annuities is that once the policy is purchased, the beneficiary is not allowed to touch the principal. Or if they do, they will pay a steep early-withdrawal penalty plus hefty taxes. Instead of buying an annuity, some people choose to keep their death benefit in a special type of checking account called a retained asset account (RAA). Basically, the money stays with the insurance company (not a bank) and the beneficiary gets a checkbook from which they can withdraw from the account without penalties or limits. RAA accounts accrue interest, which again would be taxed separately as income.

Interest-Only Payouts: Some beneficiaries really don't need the money and prefer to pass it on to their own heirs when they die. In that case, they can leave the entire death benefit with the insurance company and simply receive interest checks every year (taxable, of course). The beneficiary can then name secondary beneficiaries who will receive the death benefit when they're gone and can choose for themselves whether they want it as a lump sum or another form of payout.

Now That's A Big One
The largest life insurance policy ever purchased, according to Guinness World Records, was for $201 million. It was bought in 2014 by an unnamed California tech billionaire and underwritten by 19 different insurers.

Pros and Cons of a Cash-out Mortgage Refinance 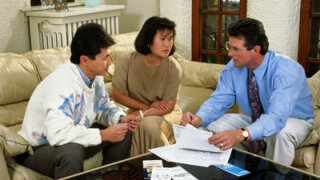 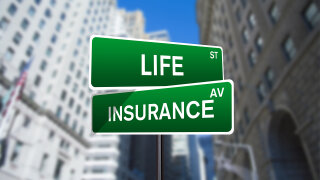 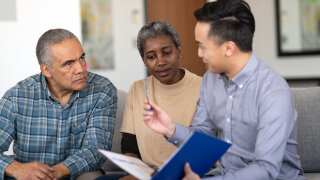