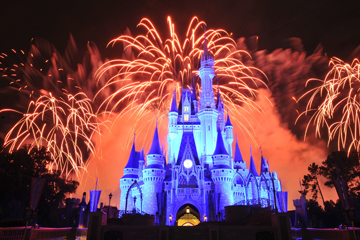 From the moment Walt Disney opened his Disneyland resort in Anaheim, Calif., in July 1955 it was a soaring success. By the 1960s, Disney was looking for a second location to build an even more ambitious theme park that would draw visitors from the length of the populous East Coast. On an airplane tour over Central Florida, Disney set his sights on 27,000 acres (11,000 hectares) of swampland near the sleepy town of Orlando.

In 1965, real estate in this waterlogged stretch of Florida was selling for $180 an acre, roughly $1,300 in 2013 dollars [source: History]. But imagine how much that price would have spiked if Walt Disney, one of the wealthiest and most successful men in the world at the time, came knocking at the door. To avoid a speculative boom in real estate prices, Disney decided to hide his identity by purchasing the land through several trusts.

A land trust is a private legal contract in which the owner of real estate transfers the title of the property to a trustee. The property owner retains all rights to the property — to build, rent, sell or transfer to heirs — but has the luxury of remaining anonymous. In Disney's case, the Florida swampland that would become the multibillion-dollar empire of Walt Disney World was purchased by nameless, faceless trusts [source: Disney Park History].

Land trusts of this type are called "Illinois Land Trusts," because the first such contracts were drawn up by railroad tycoons, businessmen and politicians in 19th-century Chicago. Some of the early beneficiaries were people wanting to buy up Chicago real estate without jeopardizing their political posts as city aldermen, since they were not allowed to vote on city building projects if they owned any nearby lands [source: Exeter].

So, how do you create a land trust?