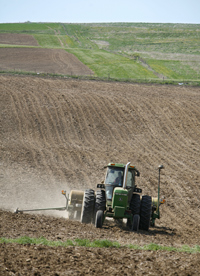 A farmer plants corn in Iowa. Many farmers have decided to grow corn instead of other crops because of an increased demand from ethanol producing plants.
Mark Hirsch/Getty Images

Alternative energy is a popular topic these days. Oil prices are rising; reserves of oil, coal and natural gas are being depleted; and the continued use of nonrenewable fuels poses threats to the environment. Many politicians, business leaders and environmentalists have recently encouraged the development of alternative energy resources.

Some have responded to these calls by making large investments in alternative energy companies. Billionaire Bill Gates, the chairman of Microsoft, purchased a large share in an ethanol producing company (Pacific Ethanol) in 2006 through his investment company, Cascade Investments.

Other deep-pocketed investors have also entered the arena. Entrepreneur Richard Branson, the head of Virgin Group, announced in 2006 that his company would invest about $1 billion on alternative energy projects over the next four years. According to Branson, "the money is going into a whole series of different things like building ethanol plants. We're looking into wind power. We're looking into solar. And we're also actually working on developing a new kind of fuel" [Source: Hawn].

Investment in alternative energy is a worldwide phenomenon. According to a United Nations report, investment into renewable energy companies climbed to a record $100 billion in 2006. Although renewable sources of energy account for only about 2 percent of the world's energy, 18 percent of the money invested in power generation is currently going into renewable power technologies such as wind, solar and bio-fuels [Source: United Nations Environment Programme].

Are you considering an investment in alternative energy? If so, you have several choices. In this article, we'll explore one of those options -- owning shares in a mutual fund that invests money in an assortment of alternative energy companies.

What is an alternative energy mutual fund? 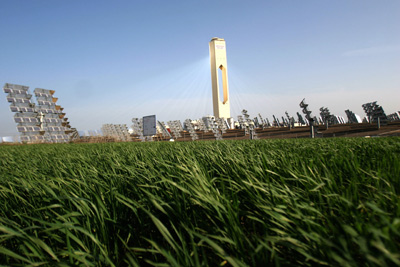 Alternative energy mutual funds are a relatively new phenomenon. Here are two of the best-known funds.

The New Alternatives Fund, which trades under the ticker symbol NALFX, began operations in 1982. It was the first mutual fund to concentrate on alternative energy. Its objective is to provide "long-term growth of capital through environmental investment" [Source: New Alternative Funds]. In 2008, the fund had investments in a variety of companies focusing on renewable energy sources, as well as interests in companies focusing on energy conservation and environmental protection.

For your investment, you become a shareholder in the fund. As long as the fund isn't closed, you can buy more shares of stock at any time. You can also sell your stock whenever you want.

This solar plant in Spain, the largest in Europe, is capable of producing 11 megawatts of electricity. Alternative energy mutual funds often provide the funds for the construction of such plants.

Before you invest, you'll want to look at a stock index, which measures the value of a given group of stocks. The index reports this value as an average that fluctuates as the market moves. How the average is calculated depends on the index. Some indices assign weights to different stocks based on liquidity or other criteria.

So if you think you're ready to begin the research to invest in an alternative energy mutual fund, we'll show you where to begin on the next page.

Richard Branson, founder of the Virgin Group, believes some of his researchers are getting close to developing a new clean fuel that will work in cars, trucks and trains. Eventually, he hopes a version of the fuel will also be suitable for his fleet of Virgin Atlantic planes. 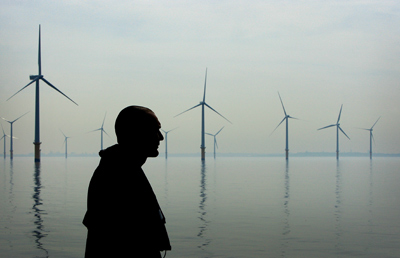 Before you invest in an alternative energy mutual fund, you'll need to do a lot of homework.

First, learn as much as you can about alternative energy sources. As you read, ask questions:

Next, carefully research individual mutual fund companies. Use authoritative web resources such as Morningstar to gather information about the funds.

Order a prospectus from each mutual fund you're interested in. The prospectus will give you detailed information about the fund, including all of the fees that you can expect to pay.

If the prospectus meets with your approval, you can either buy shares in the fund directly from the fund company or from an online broker such as Etrade, Ameritrade or Charles Schwab.

Alternative energy mutual funds represent one way that you can profit from a sector that's getting a lot of press today. Owning a group of companies as opposed to owning individual companies tends to lower your risks. Be aware, however, that any investment carries a certain amount of risk. What would happen, for example, if the price of oil suddenly went down considerably? Would alternative energy companies lose their favor in the investment community?

Also, just because a professional is managing the stocks in your mutual fund, this doesn't mean you should forget about your investment. Be proactive by frequently checking the status of your fund on an online brokerage site. Also, carefully study the quarterly statements you receive from the fund company. Your vigilance will pay dividends in many ways.

If you'd like to learn more about alternative energy mutual funds and related topics, you can follow the links on the next page.