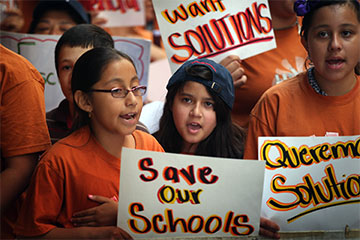 Students and parents protested funding and staff cuts outside the office of Chicago Board of Education in 2013. Earlier that year, Chicago Public Schools announced it would close more than 50 elementary schools to rein in a $1 billion budget deficit.
Scott Olson/Getty Images

Unless you have an MBA in finance, trying to decipher how most companies and other organizations are funded is likely to leave you with a twitch in your eye, or reaching for a nice glass of wine.Although every state and school system features their own nuances, here's a basic idea of how federal, local and state tax dollars wind up in the educational coffer (using 2010 figures) [source: School Funding Fairness]:

State: Twenty-five percent of state spending/revenue, or about $270 billion per year nationwide, is earmarked for elementary and secondary public schools. Instead of the state managing their entire educational system across the board, each farms out funds to 16,000 school systems/administrative bodies, which then dole out dollars to 100,000 schools [sources: Center on Budget and Policy Priorities, School Funding Fairness]. State income and sales taxes, along with grants and foundation payments awarded by the state are generally where these dollars come from.

Local: By a long shot, property taxes are the main source of local education funding (95 percent in most states), although a portion of these taxes go to other public services, like sanitation and law enforcement [source: U.S. Department of the Treasury]. Local sales and income taxes, as well as earnings on investments, and school user fees (like student activity fees) are other sources of funding [sources: Ohio Department of Education, Loeb].

To figure out how much to allot to each school, states use formulas based on how many pupils are in a district, but they may give added weight to certain variables. For example, districts might receive more money due to a having a higher percentage of special needs students or children living in poverty. On the other hand, wealthier areas will generally have better-funded schools because they have a bigger tax base [source: New America Foundation]. 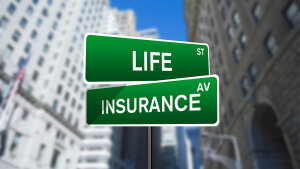 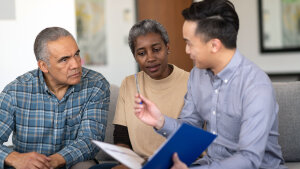