Taking Out a Personal Loan? Some Mistakes to Avoid

by Patrick J. Kiger Feb 13, 2020
A personal loan can be a great way to obtain funds as long as you know the potential pitfalls. Nora Carol Photography/Getty Images

A personal loan — an installment loan, usually unsecured, that you can use for anything you choose — can provide you with a way to borrow money for a variety of purposes, often at a lower interest rate than you would get if you used a credit card. That can be a big help in many situations, from starting a small business to dealing with an unexpected medical expense.

But personal loans, like any other type of borrowing, also come with certain risks that you have to be careful to avoid.

"Borrowing money can be risky and might help you out of a temporary jam but can have serious long term consequences," explains Christopher Peterson. He's director of financial services for the Consumer Federation of America, and a law professor at the University of Utah who focuses on consumer protection. Previously in his career, he was senior counsel for enforcement policy and strategy at the federal government's Consumer Financial Protection Bureau. "So reading and shopping around to get the best deal is essential to protect yourself."

Here are some of the key mistakes that people often make with personal loans, according to experts.

When you're considering taking out a loan, Peterson recommends looking not just at the total amount of the loan, but the size of the installment payments and whether you'll be able to afford them. The most important yardstick, he says, is the total debt-to-income ratio, which compares your obligations — mortgage or rent payments, car payments, credit card payments, student debt and so on — to the amount of gross — that is, pretax — income you have coming in each month.

"Generally speaking, never let the debt-to-income ratio exceed 36 percent," Peterson cautions. "Some lenders will let you go well above that, at much higher debt-to-income ratios. But at that point, you start to become vulnerable to unexpected emergencies and shocks."

"First and foremost, don't get in over your head," advises Michael Foguth, founder of Foguth Financial Group in Brighton, Michigan, in an email. "Don't borrow more than you can pay back in a reasonable amount of time or per month."

It's also important to figure out how borrowing fits into your long-term financial strategy, Peterson says. "If your goal in life is to build wealth and achieve financial security, you want to transition from paying interest on loans to collecting interest on your investments."

But in the short term, taking out a personal loan — and making the payments on time, as promised — can be a useful part of that strategy. "Having loans fulfilled and closed in good standing will also help boost credit scores," explains Keith Minn, managing partner at Minn Retirement Consultants in Boone, North Carolina, in an email. "The downside comes along when one isn't able to fulfill the terms of the loan, or when one just has too many loans in general."

Now That's Expensive
No matter how desperate you are for funds, it's crucial to stick to legitimate lenders. In one case in the 2010s, the FBI and federal prosecutors brought down an illegal online payday lending enterprise that systematically evaded state laws for years. The scheme charged interest rates of as high as 1,000 percent on loans — victimizing scores of borrowers, "many of whom were struggling to pay basic living expenses," according to an FBI news release.

Félicette, the First Feline in Space, Finally Gets Her Due 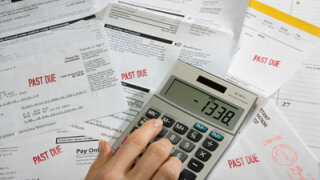 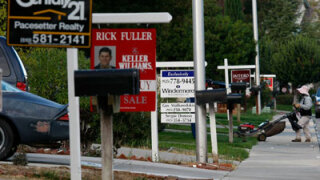 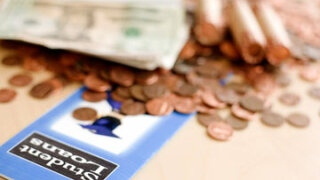 How to Manage a Student Loan 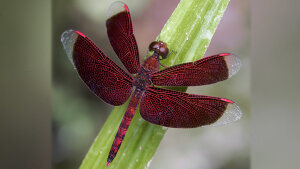