10 Ways to Negotiate a Medical Bill 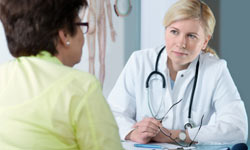 Don't be afraid to negotiating high medical bills -- with your doctors and insurance company.
©iStockphoto.com/Alexander Raths

You can't fight city hall, but you might be able to fight the insurance companies. Just ask Connecticut resident Meredith Gray. In 2009, the former fashion editor went to the hospital for reconstructive surgery following a double mastectomy. Gray's insurance company, Aetna, approved payment. But when Gray got the bill, she found the insurance giant paid only $3,000 of the $32,000 charge. Gray asked Aetna to reconsider. They refused [source: Weintraub].

Believing she was wronged, Gray, who first learned she had cancer at the age of 46, started writing letters to various state officials including then Connecticut Gov. Jodi Rell. She also wrote to the CEO of Aetna. Ultimately, the Hartford-based insurer reversed its decision and paid the entire invoice [source: Weintraub].

Gray's win might have been sweet -- one for the regular guy -- but it was one of only a handful of victories consumers see each year. According to the American Medical Association, one in five medical claims in 2010 was improperly processed by health insurers, and among insurers, claim denial rates varied widely from .7 to 4.5 percent [source: American Medical Association].

Anyone who has battled an insurance company knows all about angst and frustration. It's the classic story of David and Goliath. The phone calls, the letter writing, the complaining. If Gray's story offers any lessons, they are to be persistent, never take no for an answer and always ask questions. According to one study, 66 percent of people who negotiated medical bills with their doctors succeeded. The study also said that another 70 percent won after haggling with their hospitals [source: Kotzen].

Every day thousands of Americans struggle to pay their medical bills. While throwing the statements into the trash might give you a bit of self satisfaction, it won't solve the problem. Experts say you need to talk to your insurance company and negotiate if you feel like you didn't receive the proper coverage. The most important thing is to do your homework and be patient -- very patient. Don't expect bargaining to be a breeze. Be proactive. Don't wait for the bills to start coming in: Negotiate early.

Go to the next page to find the 10 best ways to negotiate a medical bill.