What's the Difference Between Subsidized and Unsubsidized Student Loans?

Browse the article What's the Difference Between Subsidized and Unsubsidized Student Loans? 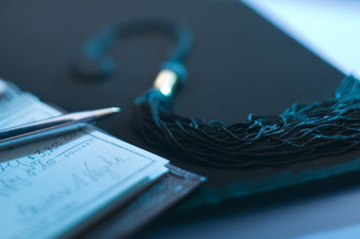 You shouldn't need a college degree to figure out how to pay for one. See more college pictures.
Comstock Images/Getty Images

Loans. Grants. Work-study programs. Scholarships. Unsubsidized loans. Subsidized loans. What does it all mean? Sometimes it feels as though you need a college degree to figure out how to pay for college in the first place.

Of course, getting accepted to college is exciting. All kinds of possibilities open up, and the future looks bright. Too often, though, that future tends to dim a little when financial reality hits. Figuring out how to pay for tuition, fees, books, room, board and other expenses can be daunting. Scholarships are great, of course, but not everybody wins one. What's more, scholarships often don't cover all the expenses. Getting some form of federal financial aid is often the way to go.

Many people mistakenly think their family income is too high to qualify for any federal student aid. While much federal student aid is determined by need, navigating the maze of rules and regulations often is worthwhile even for students from relatively well-off families. Unsubsidized loans, especially, can be a good deal for students from families that don't qualify as needy.

Sound complicated? It's not as confusing as it might seem. Read on to learn more about the difference between unsubsidized and subsidized student loans.

Unlike a grant, a loan must be paid back. Students typically don't have to start repaying their federal loans while they're in school. But the interest starts mounting from the minute the student receives the loan.

The federal government subsidizes some student loans by giving students breaks on that interest. With subsidized loans, the government pays the interest while the student is in school and any other time the student doesn't have to make payments -- during grace periods and deferments for financial hardship or other reasons. So, a subsidized loan is a better deal than one that's not subsidized.

With unsubsidized loans, the student is responsible for paying the interest from day one, while in school and during any grace or deferment period. Subsidized loans are for students with financial need, and Uncle Sam helps them out further by setting an interest rate that's lower than that of unsubsidized loans.

When it comes to student loans, federal Perkins Loans are a good deal. They are all subsidized. The interest rate is fixed at 5 percent. The federal government pays the interest while the student is in school, during a nine-month grace period after school and during deferments. Perkins Loans are supposed to be paid back in 10 years [source: FinAid].

Why doesn't every student who needs financial aid take out a Perkins Loan? There are limited federal dollars for Perkins Loans, and they go to the students who show the greatest need.

Subsidized Stafford Loans have an interest rate fixed at 5.6 percent for the 2009-10 school year. The rate is expected to be 4.5 percent for the 2010-11 school year [source: Stafford].The federal government pays the interest while the student is in school and during a six-month grace period after school.

For unsubsidized Stafford Loans, the interest rate is fixed at 6.8 percent -- and the student pays it all.

Without Uncle Sam's help paying the interest, are unsubsidized Stafford Loans a good deal? Read on to learn why unsubsidized loans are worth considering.

Unsubsidized Loans: Worth a Look 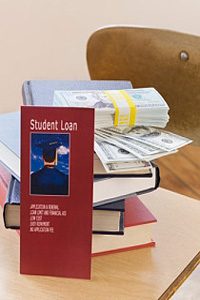 Unsubsidized loans can cost you more in the long run, but not as much as a private loan would.
Jupiterimages/Getty Images

With college costs high and getting higher, many students need substantial sums of money beyond what their family, work, grants or scholarships provide. If they are unlikely to qualify for need-based loans, or if they need money beyond the limits of subsidized loans, why should they bother to go through the red tape of applying for an unsubsidized federal Stafford Loan? Wouldn't it be easier just to apply for a private loan?

The benefits of unsubsidized Stafford loans include:

Those benefits don't come without some work, though. To get an unsubsidized Stafford Loan, just they would to get any subsidized federal student loan or other financial aid, the student and his or her family must fill out the Free Application for Federal Student Aid, commonly known as the FAFSA.

The FAFSA is known for being long and complicated. Jacques Steinberg, an education writer for The New York Times, has described "tackling" the FAFSA as "a notoriously cumbersome process that the government is trying to streamline" [source: New York Times Choice Blog].

Although the FAFSA can be mailed in, the government encourages people to fill it out online. The online application walks you through the process, giving instructions for each question. It also uses "skip-logic" to figure out which questions you need to answer. Applying online also gets you a quicker response.

When applying online, use only the approved, secure sites: www.fafsa.ed.gov or www.FederalStudentAid.ed.gov (where you click on the FAFSA logo). Don't provide information to any other site, especially not to one that asks for a credit card number [source: U.S Department of Education].

If you negotiate the FAFSA and gain approval for a subsidized or unsubsidized student loan, how much money can you expect to get? Read on to find out.

The Bottom Line: How Much Loan Money?

Uncle Sam's pot of money for higher education isn't limitless, and neither is a student's ability to borrow from it. There are limits on loan amounts for each year of school and for a student's entire education. Some people borrow a combination of subsidized and unsubsidized loans; there are limits on the combined total. The FAFSA considers any scholarships, grants and expected family contributions and balances that money against the cost of the school when setting loan amounts.

When you're dealing with subsidized and unsubsidized federal Stafford Loans, the amount students can borrow varies by year in school. The amount also is dictated by whether a student is considered a dependent or an independent student when filling out the FAFSA. Most traditionally aged college students will be considered dependents, so their parents' finances are included on the FAFSA. Specific conditions such as being older, being a veteran, being married, supporting children and pursuing advanced degrees can qualify a student for independent status so that the parents' income is not included [source: Stafford]. If parents can't take advantage of the federal loan designed for them --the PLUS loans -- then their children are treated as independent students.

Here's how much you can borrow in Stafford Loans:

The maximum in total loans allowed at graduation are:

For many students, federal loans, subsidized and/or unsubsidized can make getting an education possible.

Read the next page for a few other things to keep in mind.

Other Types of Loans 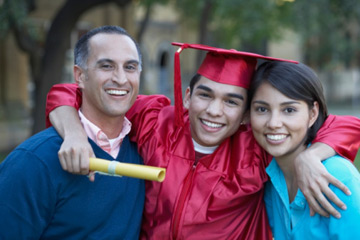 Parents can take out loans to help with their children's education as well.
Jack Hollingsworth/Getty Images

Once you understand the basic difference between subsidized and unsubsidized student loans, you're off to a good start in figuring out the financial aid maze. There are a few other things to keep in mind: