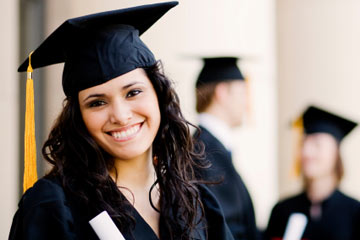 Congratulations, you're going to college full time. How are you going to pay for it?
©iStockphoto/Rich Vintage

Unless you have the means to pay for college out of pocket, all college educations begin with a hard search for any and all available financial aid streams. This will generally begin with filling out the Free Application for Federal Student Aid (FAFSA). It's at this point that the concepts of free and college typically part ways.

The FAFSA form provides a deep examination of your family's income, assets and what dollar amount you'll be expected to contribute to the college education, based on combined household income. Even if you plan to attend a private college, you'll still be required to fill out the FAFSA form. Private schools often use the federal methodology to determine whether and how much need-based financial aid you may qualify for.

There are two broad types of financial aid: need-based and merit-based. Both may have limitations to qualifications depending on how many hours the student takes during the semester that's being paid for. If you're fortunate enough to be able to attend school as a full time student, then congratulations; most schools allow full-time students to qualify for 100 percent of financial aid. This doesn't mean that you'll automatically receive financial aid of any kind as a full-time student. It only means that you're eligible to receive that percentage.

So what are the ways that you might be able to cobble together 100 percent of your college tuition costs? In this article we'll look at the offers that American students have available to help them get through college without resorting to a life of crime. On the next page we'll look at the most desirable way, grants and scholarships. 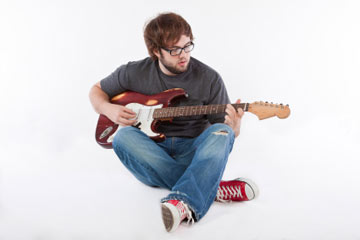 The GPA Isn't Everything Scholarship awards kids who excelled in extracurricular activities rather than studies a cool $1,000.
©iStockphoto/scoutgirl

Grants and scholarships are the most sought-after type of financial aid by parents and students alike. The chief reason for this is that they don't have to be repaid. There is often confusion over the distinction between grants and scholarships; they are very similar to one another. Generally, the difference between the two is that grants don't usually have strings attached to them, while scholarships usually do.

For example, the HOPE Scholarship, a state scholarship funded by the Georgia lottery, is open to students who maintain at least a B average in school. Any student who is a Georgia resident and attends one of the state's public colleges or universities can take advantage of a full ride through school. HOPE Scholarships can be lost, however. It requires the student maintain a specific grade point average for each semester he or she receives state funding [source: GACollege411].

The federal Pell Grant, on the other hand, is tantamount to free money. It's a need-based grant open to American students who attend college in the United States. The Pell Grant is awarded on a sliding scale based on family income. Once approved, however, the funding doesn't depend on any type of performance or other factors. There's more good news: as a full-time student, you'll be eligible for 100 percent of the amount your family can take advantage of based on income. So if your family's expected contribution (from the Free Application for Federal Student Aid formula) is zero and you're a full time student, you can receive the maximum -- more than $4,000 each year -- for your college expenses [source: Ed.gov].

There's a universe of grants and scholarships available, with full-time students generally being eligible to take advantage of 100 percent of their amount. Both types fall into need or merit-based categories, and are offered by government agencies, private businesses and nonprofit organizations. Colleges and universities offer need and merit-based grants and scholarships for incoming students. This kind of financial aid is called institutional aid and colleges and universities have financial aid offices to help determine how much the school can offer you.

Once you've exhausted the scholarship and grant dollars you can collect based on your merits and need, you might find you still need more money to pay for your education. It's time now to turn to loans. 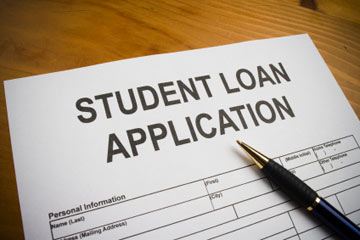 Student loans are less preferable than scholarships or grants, but they're the most reliable means of paying for college.
©iStockphoto/KLH49

They have to be repaid, sure, but student loans for college are still a viable and often-used means of paying for higher education.

As with grants, the federal government gets in on funding college tuition through loans. The U.S. government offers two types of loans to students, Stafford Loans (open to most college students) and Perkins Loans (created to help students in exceptional financial need). Both of these federal loans are paid to the student through to the college or university the student is attending. These loans can be relatively small compared to the costs of tuition, so they're generally used to bridge the gap between a family's contribution and any scholarship or grant dollars and the rest of the money needed to attend college. The U.S. government also offers PLUS loans, made to parents rather than the student.

Student loans can also be taken out from private lenders, like banks. Because the fees, emphasis on credit history and rates associated with private student loans can resemble traditional loans like you'd get for a house or car, it's recommended that a borrower turn to a private lending institution only as a last resort. This is not to say that private student loans are a bad thing. On the contrary, compared to traditional loans, they usually have much lower interest rates and generally defer payment until a period after graduation. With both federal and private loans, these deferments last usually three to six months following graduation. Fortunately as a full-time student, you won't have any trouble proving you're still enrolled largely enough to stave off your creditors until graduation. This can get a bit murky for part- and part-time students.

If you still need some extra dough to make it to college, we've got a few more ideas for financial aid on the next page.

Other Types of Full-time Financial Aid 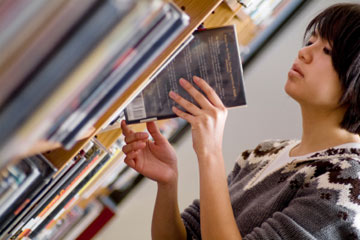 Working at the campus library isn't glamorous, but it pays the bills.
©iStockphoto/Thomas_EyeDesign

Surveys have shown the vast majority of college students hold down some sort of job while they attend college. During the 2003-04 school year, 78 percent of students in the U.S. had a job. Don't think as a full-time student that you're automatically exempt; a study by the American Council on Education found that this high percentage held regardless of enrollment status and as much as one-quarter of full-time students also have a full-time job [source: ACE].

The federal government offers a type of financial aid designed around student employment called the Federal Work-Study program. This program offers on-campus jobs that pay at least minimum wage to enrolled students. The program keeps the hours light as well; students usually work about 15 hours a week. Studies have found that students who work this weekly amount are likelier to graduate and get better grades than kids who work more or none at all [source: ACE]. What's more, the point of Work-Study is to assist students based on financial aid, so the income made from the on-campus job doesn't count when figuring the formula for student of family income levels.

Tax credits are a type of retroactive financial aid for families of students. In the 2009 tax year, a family with an adjusted gross income of less than $65,000 could claim a $4,000 deduction on their income taxes for college tuition and fees [source: Smart Money]. There are some strings attached, however. The full deduction applies to all students in a household, not each. And the family can't also take advantage of another federal break, the Hope Scholarship (not to be confused with Georgia's version, mentioned earlier), which gives a tax credit of up to $1,500 annually for the first two years of school [source: Ed.gov].

Savings plans dedicated to accruing money for college tuition also constitute a type of financial aid. Two popular varieties are the state-based 529 plans and the federal Coverdell Education Savings Accounts (ESA). These are attractive ways to save for college, because the interest on their growth isn't taxed when the money is withdrawn to pay for college tuition and fees. Both also allow the funds to be transferred if the student for whom the account was originally opened doesn't attend college [source: State Farm].

Clearly there's a lot to be taken into consideration when looking at financial aid for full-time students. We hope to help you out a little more with the links on the next page.