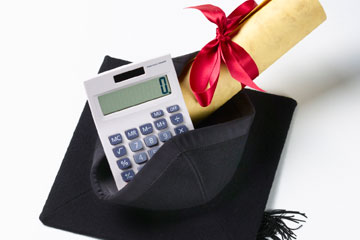 So, you're not satisfied with just going to med school and becoming a doctor. You're thinking: Why can't I be a lawyer, too? Or an architect? Maybe you want the opportunity to decide between two fields that are equally fascinating to you. Or, more realistically, you need skills from two degree programs to help you in your future career. Perhaps your ambition is to be a lawyer who uses the courts to protect the environment, and you think scientific credentials would better equip you for such a job. Or, you have a passion for innovative engineering, and you think business training will help you to eventually run your own company -- so you won't have to defer to some pinstriped number cruncher who doesn't have a clue what your company does.

Fortunately, an increasing number of colleges and universities understand your needs and are offering joint degree programs. Some offer the chance to get two degrees from different departments at the same school, while others allow you to study at two different institutions.

The precise number of such programs in the United States and overseas is hard to find, but just about all of the top academic institutions -- from Yale to University of California, Los Angeles -- offer them. Stanford University's law school alone offers 27 different joint degrees [source: Stanford]. The programs are mostly graduate level, but a few schools offer them for undergraduates, too. One big advantage of a joint degree program is that it can put you on the cutting-edge convergence of two fields. Another advantage is that you can earn two degrees in tandem more quickly, which saves you time and money.

Does that sound great to you? Probably, but there's just one catch, and it can be a big one, unless your Uncle Ned left you a hefty trust fund to cover your schooling. How do you pay for a joint degree program? Financial aid eligibility can be a maddening, complicated morass for joint degree programs, particularly if you choose a program in which you study at more than one school. And unfortunately, the financial aid possibilities at different schools vary enormously. That's why we're going to give you some insights on what sort of aid deals you may be able to obtain. But first, here's a little more information about joint degree programs, to help you decide whether it's the right option for you.

What Are Joint Degree Programs, and Should You Apply For One?

Smaller schools are getting into the act as well. New York's Union College has a program that enables students to earn both an MBA from Union's School of Management and a medical degree from Albany Medical College [source: Bodgas]. Florida's St. Thomas University offers programs that allow a student to obtain both a law degree and a masters degree in fields ranging from family counseling to sports administration [source: St. Thomas University School of Law].

And there's the Jewish Professional Leadership Program offered jointly by the Jewish Theological Seminary and Columbia University, which gives future leaders of religious institutions a background in both theology and public administration [source: Weiss].

But be forewarned. Getting a joint degree can mean a brutal workload, and you've got to have the intellectual flexibility to juggle the mindsets of two different academic cultures at once. "Pursuing a joint degree is a much bigger commitment than just taking a few classes," cautions the official admissions department blog at Harvard Law School. Instead, you're going to have to immerse yourself in two different intellectual communities, possibly at two different universities [source: Harvard Law School admissions].

Harvard Law's admissions blog suggests asking this seemingly basic, but sometimes overlooked, question of yourself at the start: What are the potential career paths of interest to you that could come out of that second degree? In other words, what sort of potential jobs interest you? Would you be able to get one of them with just one degree, or do you need additional specialized training? If you're thinking of combining law with, say, biotechnology just because you're interested in both of them and it sounds cool, you might be in for a rude shock when you graduate. You need to do some research to find out if there's anyone in the real world who combines those two disciplines. You also need to get some sense of what law students and biotechnology graduate students actually learn in their courses [source: Harvard Law School admissions].

In the next section, we'll look at how joint degree students finance their educations.

Now that you've decided on a joint degree, you need to find a way to pay for it. Taking classes for four years to earn a law degree and an MBA at Harvard, for example, will probably set you back about $180,000 for tuition alone [source: HBS-HLS Joint Degree Program]. Again, unless you have a trust fund, most likely you're going to have to obtain both federal student aid and assistance from the school or schools to pay the tab.

Here's how to get started. Before you even apply to any programs, you should fill out the online application for federal student aid at www.fafsa.ed.gov. There's a preliminary worksheet and a list of financial documents that you'll need to complete the application. The federal government awards about $100 billion a year in grants, loans and work-study assistance [source: FAFSA].

Next, you should scrutinize the aid opportunities available from various schools that offer joint-degree programs, even before you decide which ones to apply to. Schools should have information about this on their Web sites. The amount of aid available can vary tremendously from university to university.

You also want to look at the complexity of financing when you're picking a program. Generally, the least complicated situation is getting joint degrees from two departments at the same university. For example, at the University of Seattle students working toward a joint law degree and masters degree can simply designate the law school as their "home program" for the entire four years, which enables them to obtain all their financing -- loans, grants, work-study arrangements -- through the law school [source: Seattle University]. But that isn't always the case. For example, a student in a joint-degree program at the Yale School of Forestry and Environmental Studies has to apply for aid separately from that department and also from the other school at Yale where he or she will be taking classes [source: Yale].

It gets more complicated if you're in a program that involves two different universities. For example, the Stern School of Business at New York University (NYU) cautions joint-program applicants that they can only use aid obtained through NYU sources to pay for the NYU part of the program. You have to apply separately to the other institution for aid for its part of the curriculum. If you're contemplating such a program, it's crucial to check out both schools' aid packages [source: Stern].

For more on financial aid, check into the links on the next page.

When I was in college in the mid-1970s, just earning an undergraduate degree in a single field seemed to me like an awesome achievement. But after I graduated with a BA in journalism and started working and gaining some experience in the real world, I started to see how one area of expertise flows naturally into another. Having specialized knowledge in two complementary fields can really expand a person's career possibilities and the potential to have a real impact in the world, because it enables a person to approach a problem from two different dimensions. In researching this article, I was surprised to see how much joint degree programs have grown in number and diversity over the past several decades. Stanford University's highly regarded law school, for example, offers 27 different joint degrees, many of which combine legal training with expertise in cutting-edge scientific fields.