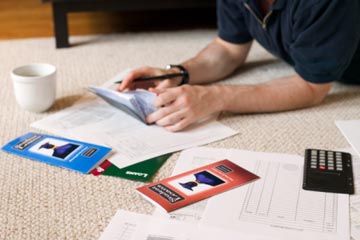 As paying for school gets more expensive, financial aid like the FSEOG may look more attractive to more students.
Thinkstock.com/Creatas

There's a saying: "If you think education is expensive, consider the price of ignorance." Wise words, to be sure, but many college-bound students and their families may feel the gap is narrowing. Whatever the price of ignorance may be, education is catching up. A year's tuition and fees average $7,000 at a four-year state school, and it can be more than $26,000 at a private institution. That's an annual increase of 6.5 percent and 4.4 percent, respectively [source: The College Board]. It's no surprise, then, that "What financial aid can I get?" is as big a question for higher education as "What courses should I take?"

Student financial aid in the U.S. predates the nation's founding: Students at Harvard College (now Harvard University) received private scholarships in 1643 [source: Harvard University]. The GI Bill of Rights of 1944, authorizing federal funds to help military veterans pay tuition and living expenses, marked a turning point. It sent the message that higher education ought to be accessible to everyone. Twenty years later, the Higher Education Act of 1965 extended federal student aid to working- and middle-class families. In signing the Act, President Lyndon Johnson voiced a growing national sentiment: "Education in this day and age is a necessity" [source: Lyndon Baines Johnson Library and Museum].

Like private assistance, government funding consists largely of loans and grants. Loans must be repaid, usually with interest. In contrast, grants are outright awards with no financial strings attached, a boon to students whose finances are the tightest. About one-quarter of all undergraduates take advantage of the Pell Grant, the largest federal grant program [source: Indiana University].

Along with the Pell is another program: the Federal Supplemental Educational Opportunity Grant (FSEOG). As the name suggests, the FSEOG is meant to supplement other financial aid. It covers educational expenses not met by a student's loans, scholarships or other grants. The program doled out almost $1 billion to more than 1.25 million students in 2009-2010.

Who qualifies for an FSEOG? How much is it worth? What does the application process involve? As you'll see, an FSEOG may be "free money," but it's not just there for the taking.

First, we look at two determining factors: availability and eligibility. 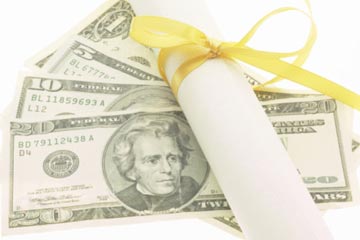 Because grants are given on a first-come, first-served basis, it's a good idea to turn an FSEOG grant application in as soon as possible.
Thinkstock.com/AbleStock.com

Each school's share is based on its students' need, as determined by the Department of Education. The school's financial aid office decides how much money each applicant receives. Applicants are prioritized according to greatest need -- "exceptional need" is the term used. Students who have a Pell Grant and exceptional need have highest priority. The maximum amount is $4,000, but $200 to $400 is more typical.

To be eligible, applicants must be United States citizens (or qualified non-citizens) who have a high school diploma or GED. They must be undergraduates, enrolled at least part-time in an accredited degree- or certificate-granting program.

To stay eligible, students must meet basic academic requirements set by the Higher Education Act. Generally, that includes maintaining a 2.0 grade point average and completing the course of study within one-and-a-half times the standard time frame -- three years for a two-year degree, for example.

Schools have an incentive to award the grant, because those that don't use their entire allocation may receive less money the next year. Too often, however, the money runs out before applications do. Due to the funding process described above, each school's allocation is limited and variable. Grants are given on a first-come, first-served basis. Students who apply late, even those in extreme need, may find their school's share already spent.

Also, not every school participates in the program. Students may have to choose between a school they'd rather attend and one that might award them a grant.

The application process can be another hurdle in getting an FSEOG. The government has taken steps to streamline the process and does some of the numbers crunching. Yet, as the next section explains, applying for an FSEOG involves paperwork -- and patience.

Applying for an FSEOG

The FAFSA is something like an aid seeker's resume. It's a financial profile that the federal government, many states and some schools use to determine eligibility for student aid. Students are asked to report assets, debts and other personal information -- for themselves, their parents and their spouse, if applicable.

Like a resume, the FAFSA should accurately describe an applicant's financial situation, yet it still needs to show him or her as the most qualified candidate. Knowingly giving false information, however, can carry stiff penalties -- up to $20,000 in fines and 20 years in prison.

While completing the form online is faster and easier, hard copies can be used. Some of the steps in submitting a FAFSA include:

For lots more information on financial aid, see the links on the next page.

Tips for Looking Good on the FAFSA

Hiding assets on the FAFSA is illegal and unfair. However, minimizing assets to reduce the expected family contribution (EFC) score is a legitimate strategy. For example, many financial aid experts recommend paying down consumer debt, such as car loans and credit card balances, before applying for student aid. This reduces the cash available for educational expenses without eliminating a useful debt. (Consumer debt isn't factored in when figuring EFC.) Likewise, making large, planned purchases reduces the amount of cash on hand.

Students are expected to use a larger percentage of their assets to pay for school than parents are. Thus, some parents transfer a student's savings to a parent's account or keep savings in an account that's considered a parental asset, such as a prepaid tuition plan.

Can You Refinance Your Student Loans if You Didn't Graduate?
How Postdoctoral Financial Aid Works
Is financial aid taxable?