Registering for the LSAT 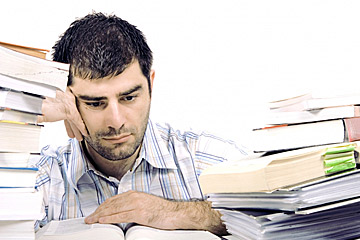 You should plan to take the LSAT during your junior year of college. That way, you can focus on law school applications your senior year without the added pressure of studying for a tough admissions test.
©2009 Jupiterimages Corporation

Ready to take the LSAT and begin your journey toward law school? The first step is to register for the test. Applicants can register by phone or mail, though the easiest method is to register through the LSAC Web site. Most LSAT testing dates require test-takers to sign up at least a month before the exam, though cut-off dates may vary. As of January 2010, applicants had to pay $132 in the United States or $137 in Canada upon registering for the LSAT. This fee tends to change every year, however, so check the LSAC Web site for the most up-to-date rates [source: LSAC].

The LSAT is administered at testing centers throughout the world. These include colleges, dedicated testing sites, military bases and many other types of facilities. While testing centers are fairly widespread, applicants aren't allowed to choose their preferred location when registering. Instead, LSAC will attempt to assign each registrant a testing center close to his or her preferred location. The earlier you register, the more likely it is that you'll be able to take the test close to home. Late registrants can be assigned to testing centers that may be a fair distance from their chosen location, so it's important to sign up as early as possible to avoid a long drive on test day [source: University of Notre Dame].

In the 1990s, LSAC implemented a fingerprinting policy at all testing facilities. This policy was put in place after a few test-takers hired others to sit for the LSAT in their place. Since then, all applicants have been required to submit to fingerprinting upon arrival at the LSAT testing facility. After privacy concerns were cited, this restriction was lifted in Canada, but it's still in place in the United States and Australia [source: LSAC].

One of the biggest questions that applicants struggle with is when to take the test. The LSAT is administered four times a year, in February, June, September and December. Experts recommend taking the test about 15 months before you plan to apply for law school. For most students, this means that the test should be taken in June of their junior year. Because the test can be retaken up to three times in a two-year period, this gives applicants time to study and retake the test several times before the law school application is due. It also takes some of the pressure off students, allowing them to focus on law school applications during their senior year instead of worrying about the LSAT [source: University of Notre Dame].

There are many different theories as to the best and worst times to take the LSAT. Some postulate that the test is easier during some months and harder in others. Because test scores are scaled by the LSAC to ensure fair testing conditions, some people believe that sessions with the fewest test takers will have a skewed scale, resulting in lower scores. As of January 2010, September was rated the most popular time to take the test, while June was the least popular. According to informal studies conducted by LSAT Ninja and Blueprint Test Prep, the month you take the test makes no difference in your scores. Rather than trying to time the testing environment, plan to take the test when it best fits your schedule. Consider study time and other scheduling conflicts when determining the best time to register.