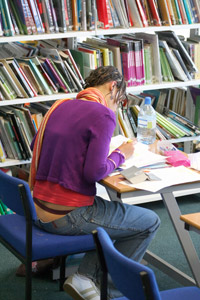 In terms of sales and the attention they receive, college rankings are as popular as ever, but they've also never received as much criticism as they do now. College administrators are some of the most vocal critics of college rankings. They accuse magazines and newspapers of padding their sales by producing rankings. After all, Americans, and people in general, have a tremendous appetite for top-10 and best-of lists. Administrators and professors also claim that rankings are inherently unfair and oversimplified, using a simple letter grade or numerical score to represent a school's worth. Some administrators also complain that they are forced to do work for the ranking bodies by providing all the data.

The ranking practice motivates some colleges to spend lots of money on areas that will improve rankings but not necessarily the quality of education provided. Because of this -- and the frequent use of rankings in marketing materials -- U.S. News has accused some now-critical schools of hypocrisy. Many of these schools have responded by pledging not to use U.S. News' rankings as a promotional tool.

Another concern is the way in which data are used. Some criteria appear overemphasized and are not a clear representation of what makes a good or bad college experience. One frequently used example is the alumni-giving rate, which can be important to a school's ability to erect new buildings or hire prestigious professors but may not have much of an impact on the overall quality of education that the institution can offer.

No piece of data is as controversial or considered as subjective as U.S. News' peer assessment survey. Twenty-five percent of a school's overall score comes from this survey, in which a school's top three administrators rate their peer institutions from one to five, or "don't know." Critics point out that with several hundred schools in the U.S. News rankings, administrators are placed in a position to score schools that they may not be familiar with, therefore skewing the ranking system. And although there is the "don't know" option, schools may be rated by incomplete or irrelevant information, or simply on hearsay.

To some, the entire idea of rankings is flaw­ed. Critics claim that rankings are an oversimplification of a school's worth -- they give the impression that only a select group of schools matter. U.S.News ranks colleges on tiers, and a tier three or four ranking can greatly impact how a school is perceived in the eyes of a potential student. Rankings also seem to place emphasis on private schools when, in fact, 75 percent of college graduates graduate from public schools [source: NPR].

College counselors express concern that rankings ignore the diversity of schools. Not every student is suited to the same schools, and every year, they point out, students who could get into a supposed top-10 school instead choose to attend college somewhere else. This could be because they want a small liberal arts college, lower tuition or the large community of a state school. Others may desire a school that's solely focused on undergraduates, opportunities to do research with graduate students, or study with certain professors. College counselors claim that rankings neither make these important distinctions nor show the range of extracurricular options or specialized academic programs available.

As the face of college rankings in the US, U.S. News & World Report bears the brunt of this criticism. The president of Earlham College said that U.S. News was "unresponsive to serious professional concerns," despite the magazine's claims that it's open to improving or changing its system [source: NPR]. And the president of Sarah Lawrence College wrote in the Washington Post that "U.S. News benefits from our appetite for shortcuts, sound bites and top 10 lists" [source: L.A. Times].

In the next section, we'll look at how colleges and universities are responding to the ranking system.