How much should I save from every paycheck?

Browse the article How much should I save from every paycheck? 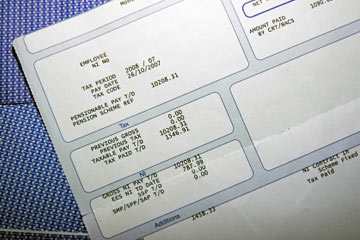 How much you sock away every paycheck depends on a variety of factors.
©iStockphoto/Ian Jeffery

Eric Sandberg wants to retire some day. The Marine helicopter pilot was fighting in Iraq when he began thinking about his financial future. While reading about financial planning, he learned that only 6 percent of Americans will be financially independent when they retire. The rest will need to supplement their income. Sandberg was scared. He began putting the maximum amount of his salary -- 10 percent -- into his government savings plan. He also maxed out his IRA contributions [source: Franklin].

Sandberg and his wife also began contributing 23 percent of their pretax income to their retirement savings portfolio. They invested 100 percent of those savings in a variety of mutual funds. Their Semper Fi attitude is nothing short of inspiring. If they keep saving and investing -- the two are in their 30s now -- the pair will likely retire comfortably [source: Franklin].

While 23 percent is a lot of money to save out of your paycheck, any amount you save is better than nothing. Although consumer spending plummeted when the nation found itself in the throes of a major recession in 2008, people actually began saving more money. How much more? In 2005, the national savings rate was below zero [source: Isidore]. In November 2010, the saving rate had jumped to 5.3 percent [source: Bureau of Economic Analysis].

Saving money from your paycheck each week is a daunting task, especially if you're trying to dig out from under the weight of credit card debt, college loans, mortgages and daily living expenses. While it may be easier to say "what's the use?," don't throw in the towel just yet. How much you sock away every paycheck depends on a variety of factors including your income, your debt and your living expenses. Read on to find out how much you should be saving and how to do it.

Most experts say if you're in your 20s, you should be saving at least 10 percent or more of your income, especially if you're single [source: Spiegelman]. The earlier you start, the more time your investments have to grow [source: Lankford]. If you start saving when you are older, you will need to set aside more of your income, because your investments will have less time to mature. Plus, the older you get, the more bills you have.

Don't get discouraged. No matter how much your paycheck is, if you want to save money, you can. That's the conclusion of economists Steven Venti and David Wise. The two found a wide disparity in how much people at the same income levels saved. Astonishingly, the pair found that those in the lowest income groups saved more than those in the middle -- as much as $100,000 more [source: Mulrean]. So what can you do to save more of your income? Here are some tips you can follow to get started: 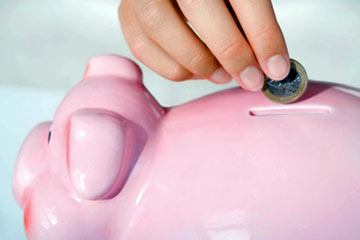 Self control is usually the only thing holding people back from saving as much money as they can.
Jupiterimages/Thinkstock

When it comes right down to it, people want to save as much money as they can. The only thing that holds them back is self control. Two economists, the University of Chicago's Richard H. Thaler and UCLA's Shlomo Benartzi have taken the "self" out of self control with their "Save More Tomorrow" plan.

The program works something like this: Whenever an employee gets a pay raise, they should put some of it, or all of it, into their 401(k) account. By timing the contribution to coincide with the pay increase, the employee won't see any less money in their paychecks. That's a big psychological boost -- you won't miss what you haven't seen. While an employee can opt out at any time, they rarely do [source: Thaler and Benartzi]. In fact the plan worked so well at one manufacturing firm, 98 percent stuck with the program through two pay raises, and 80 percent remained through three pay raises [source: Thaler and Benartzi].

Workers who don't have access to a "Save More Tomorrow" plan, or even a 401(k), can use the same approach, although it will take a bit more, um, self control. Not only can you save scheduled pay hikes, but you can also stash away any other income such as tax refunds, bonuses, birthday and holiday money, profits from a tag sale or the proceeds from an inheritance. The key is not to raise your lifestyle with such "added" income. Instead, you're saving money that you never had -- or in many cases, expected -- in the first place [source: Dunleavey].

For more tips on how to budget and save, read on.