How do deal-of-the-day Web sites work? 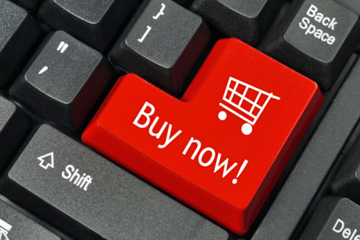 Be sure to read the fine print before you buy the deal.
Hemera/Thinkstock

Deal-of-the-day Web sites are dime a dozen these days. Groupon started the trend in 2008, and consumers gobbled it up, making it a popular business model that many other start-ups jumped on. Even online behemoths like Amazon and EBay are offering their own daily deals. The typical daily deal works like this: You subscribe to the service and they send you daily e-mails with deals from companies, usually local and mostly manufacturers, restaurants and service based businesses. Many times, the deal is at least 50 percent off of the regular price, which makes it a great way to try a product or service at a greatly reduced rate. Deals stay active for anywhere from a day to a week, depending on the company.

As far as purchasing the deals, different sites have different rules. Some, such as Groupon, set a minimum number of deals that have to be purchased in order for the deal to "tip," or in other words, go through. If you purchase a deal that never tips, your card simply isn't charged. Other deals will keep the deal active even if only two are purchased. Some set a maximum number of deals that can be purchased, so if it's a popular deal and you don't find it in time, it may be sold out. And all deals have an expiration date, so if you snooze, you lose. Deals also set a maximum number that you can buy -- usually one for you and one as a gift, which means no 12 months of half off pedis for you, unfortunately.

How to Spot Great Online Deals of the Day

Many daily deals are targeted to specific cities and their local businesses, so bigger cities usually have the choicest picks of daily deals. The best way to find great online deals of the day is to subscribe to the daily deal e-mails. This likely means a teeming inbox to sort through every morning, but if you're a happy bargain hunter, then it's worth the legwork. You can also save time by visiting Web sites like bing.com that gather deals from different companies in one place; think of it as an Expedia.com for daily deals. Also, many of the big daily deal companies have apps for your phone, which may be preferable to sorting through all of those e-mails. Keep a list of the sites you like to check and make it part of your morning routine.

Time is of the essence for a lot of the great deals, so the early bird catches the worm. Meaning, if you see one that interests you, don't delay your purchase. It used to be that most sites just offered a single deal of the day, but many sites are starting to offer multiple deals now, so be sure to scroll all the way down to see all of your options. You may even find it easier to view them directly on the daily deal Web site. If you're new to the daily deal concept, ask friends in your area for their favorite sites and start with those.