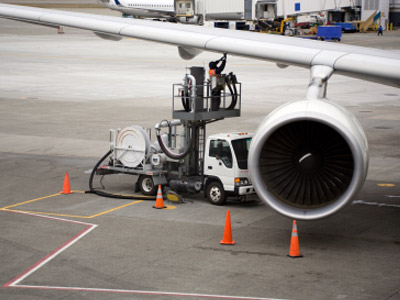 Having only one type of airplane in the fleet streamlines maintenance and training procedures.
©iStockphoto.com/King Wu

There is no single silver bullet that budget airlines use to cut costs. They generally address every possible aspect of their business model, trim where they can and use the gains to offset reduced ticket prices. Not every budget airline uses every cost-cutting method -- some of them specialize in one area, or use a specific practice to set themselves apart from the competition.

One of the most important ways for an airline to save money is through fuel hedging. All airlines use fuel hedging, but budget airlines seem to be particularly good at it. For example, between 1991 and 2008, Southwest Airlines paid $3.5 billion below the industry average for jet fuel by using aggressive fuel hedging [source: Reed]. What is hedging? It's a gamble against the future price of jet fuel. If an airline thinks that the cost of fuel is going to rise in the future, they can sign contracts locking in the current price for months or even years. If fuel prices double in 12 months, the airline would be buying fuel at last year's cheaper rate. However, if prices drop, the airline is stuck paying their "locked in" higher rate.

Another excellent way to cut costs is to use only one kind of plane. Southwest only uses Boeing 737s. This saves money on maintenance and repair, since the company only has to stock parts for the one make and model of plane they use. They also save money on pilot and mechanic training, since they don't need separate training programs for each different type of aircraft.

Cheaper airport fees can also help the bottom line. How do airlines pay cheaper airport fees? Sometimes they can do it just by negotiating ruthlessly, but the tried-and-true budget airline method is to use smaller, underutilized airports. A major airport, like Chicago O'Hare, is in high demand from airlines. The airport commands higher fees because so many airlines want to use it. Chicago's Midway Airport is less popular, though it serves the same basic function -- allowing planes to take off and land near the Chicago metropolitan area. Budget airlines are willing to deal with whatever drawbacks the smaller airport may have in return for the smaller fees required to use it.

Of course, not every city has two airports to choose from. In that case, an airline might choose to fly into a smaller city in the same region as a major destination. The airports in Washington, D.C. are very expensive for airlines (and passengers). The airport in nearby Baltimore, Md., is cheaper, though it requires a train ride or a drive to get into D.C. Budget airlines bank on the fact that many passengers are willing to take the extra train ride if it means saving hundreds of dollars on their plane fare.

Next, we'll see what it's like to fly on a budget airline.