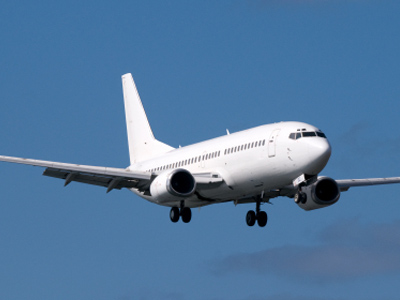 When air travel debuted in the early 20th century, it was both rare and expensive. Air travel was restricted to the very wealthy, and each trip was a special occasion -- even if the plane was deafeningly loud and rattled your teeth for the entire flight. After World War II, powerful engines and improved plane designs made it possible to carry more passengers for longer distances. The economics of scale brought the price of a plane ticket within reach of the average family.

Many airlines continued to treat air travel as a luxury, however. Free meals and drinks, expansive and comfortable seats, personal attention from flight attendants and other amenities kept the price of plane tickets relatively high. Airline deregulation and the changing economics of the airline industry in the 1970s and '80s lead to a new type of airline category -- the budget airline.

Budget airlines, as you would guess from the name, offer inexpensive tickets -- sometimes as low as $50 for a one-way ticket. They manage this by cutting their own operating costs. How do they cut costs? There are many ways an airline can trim operating expenses, but budget airlines are most well-known for cutting back on passenger luxuries, or making passengers pay for luxuries à la carte.

What's behind the success (and sometimes failure) of budget airlines? Do they cut corners on safety? What is it like to fly on a budget airline? In this article, we're going to take a hard look at airline economics and fin­d out how budget carriers stay in the black.

­Running an airline is unavoidably expensive. One of the most basic costs is the price of buying the airplanes themselves. For instance, a Boeing 737, a relatively small passenger jet, costs around $50 million or more. Larger jets can approach $300 million in price [source: Boeing].

Hiring qualified pilots to fly the planes is another major cost. A pilot with 10 years of experience will earn upwards of $100,000 in annual salary. First officers and other crew members make less, but still represent a major cost [source: Payscale.com].

Fuel costs not only take a huge chunk out of an airline's revenue, they are notoriously volatile. From month to month, airlines never know exactly how much fuel is going to cost. Domestic airlines in the U.S. spend a combined $2 to $5 billion on jet fuel every month [source: Air Transport Association].

Countless other expenses also weigh down an airline's bottom line: maintenance costs, fees paid to airports, fees paid to the government, the cost of food served to passengers, the cost of running computer systems to track bookings, fees and percentages paid to travel agents and Web sites, pilot training, and other incidental costs all add to operating expenses.

These costs can be compounded by certain realities of the airline industry. For example, long flights cost the airline proportionally more money -- that's because they're in the air for a long while and burn a lot of fuel -- but the passengers still only pay for a single ticket. Empty seats represent an additional cost. The plane has to make the trip for the paying passengers, but if not all of the tickets were sold, the airline is not making the maximum possible profit on that flight.

If airlines have to deal with so many costs, how do budget airlines offer cheap tickets? Find out in the next section.

The Role of Deregulation

Until the 1970s, all U.S. airlines that flew across state lines were regulated by the Civil Aeronautics Board (CAB). CAB set minimum fares, doled out flight routes and generally kept all the major airlines on equal footing (while keeping smaller competitors out). Regulated fares lead the airlines into strange forms of competition, such as serving steak dinners or attracting their predominantly male customers with stewardesses in short skirts. In 1978, the airlines were deregulated, opening the door to low-cost airlines.

Having only one type of airplane in the fleet streamlines maintenance and training procedures.
©iStockphoto.com/King Wu

There is no single silver bullet that budget airlines use to cut costs. They generally address every possible aspect of their business model, trim where they can and use the gains to offset reduced ticket prices. Not every budget airline uses every cost-cutting method -- some of them specialize in one area, or use a specific practice to set themselves apart from the competition.

One of the most important ways for an airline to save money is through fuel hedging. All airlines use fuel hedging, but budget airlines seem to be particularly good at it. For example, between 1991 and 2008, Southwest Airlines paid $3.5 billion below the industry average for jet fuel by using aggressive fuel hedging [source: Reed]. What is hedging? It's a gamble against the future price of jet fuel. If an airline thinks that the cost of fuel is going to rise in the future, they can sign contracts locking in the current price for months or even years. If fuel prices double in 12 months, the airline would be buying fuel at last year's cheaper rate. However, if prices drop, the airline is stuck paying their "locked in" higher rate.

Another excellent way to cut costs is to use only one kind of plane. Southwest only uses Boeing 737s. This saves money on maintenance and repair, since the company only has to stock parts for the one make and model of plane they use. They also save money on pilot and mechanic training, since they don't need separate training programs for each different type of aircraft.

Cheaper airport fees can also help the bottom line. How do airlines pay cheaper airport fees? Sometimes they can do it just by negotiating ruthlessly, but the tried-and-true budget airline method is to use smaller, underutilized airports. A major airport, like Chicago O'Hare, is in high demand from airlines. The airport commands higher fees because so many airlines want to use it. Chicago's Midway Airport is less popular, though it serves the same basic function -- allowing planes to take off and land near the Chicago metropolitan area. Budget airlines are willing to deal with whatever drawbacks the smaller airport may have in return for the smaller fees required to use it.

Of course, not every city has two airports to choose from. In that case, an airline might choose to fly into a smaller city in the same region as a major destination. The airports in Washington, D.C. are very expensive for airlines (and passengers). The airport in nearby Baltimore, Md., is cheaper, though it requires a train ride or a drive to get into D.C. Budget airlines bank on the fact that many passengers are willing to take the extra train ride if it means saving hundreds of dollars on their plane fare.

Next, we'll see what it's like to fly on a budget airline. 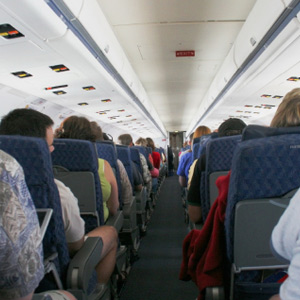 Budget airlines generally offer only one class of seating. It may not be the most comfortable, but it is cheap.
©iStockphoto.com/Raymond Truelove

A lot of the business decisions that budget airlines make are invisible to passengers, but some are evident as soon as you fly on one.

Single-class seating is common. On most budget airlines, you won't find first class, business class or economy class. The entire plane is one class, with all the seats lined up in one cabin. It's basically like a bus with wings. Budget airlines also streamline things by eliminating reserved seats -- passengers file into the plane and choose their own seats on a first-come, first-served basis. This simplifies designing the interior of the planes, reduces the number of crew members required per flight and reduces the overhead necessary to run complicated booking systems. It also speeds up turnaround times, allowing the airline to schedule more flights and therefore make more money.

Short-haul and direct flights are common, too. Instead of scheduling long flights and transferring passengers at busy hubs, budget airlines emphasize short-haul flights that allow passengers to fly directly to their destination. This increases the number of scheduled flights, boosts profits and cuts down on waiting time on the ground.

Budget airlines also offer fewer cabin amenities. This can take many forms, from smaller, lightly padded seats to the absence of free meals and alcoholic beverages. The typical budget airline offers a basic seat and anything else a passenger wants in-flight can be had for an additional fee. Not every budget carrier follows this model, however. Some budget airlines differentiate themselves from their competitors by offering power connections for electronic devices, larger seats and other small perks.

Direct-ticket sales are another cost-saving tactic. If you go to an Internet travel site to book a flight, the site gets a cut of the ticket price from the airline. The same thing happens if you use a travel agent. Some budget airlines use the age-old cost-cutting practice of "cutti­ng out the middleman," and not allowing their tickets to be sold through these third party outlets. Instead, they only sell tickets through their own Web site or at the ticket counter.

Some people fear that all the cost-cutting extends to safety and maintenance. We'll find out if there's any truth to it in the next section.

The word "budget" implies something made cheaply, without much concern for quality. Thi­s perception is something budget airlines constantly fight against. People are worried enough about flying without worrying that the giant metal canister they're hurtling through the air in is of the "budget" variety, apt to fall apart at any moment. But is there any truth to this concern?

No. Budget airlines are no less safe than any other airline. While they do cut corners to save money, they know that cutting corners on safety could completely ruin their business. Some of their cost-cutting measures even increase safety, such as the reliance on one type of aircraft across the fleet. Indeed, one of the oldest budget carriers, Southwest, has never had a major crash or passenger fatality.

That's not to say that all budget airlines are inherently safe or safer than other airlines. Indonesian budget airlines Adam Air was shut down by the government in 2008 due to safety concerns after a series of accidents [source: Associated Press]. Also in 2008, Southwest airlines was cited by the Federal Aviation Administration for continuing to fly planes without the proper inspections [source: Griffin and Bronstein]. And in 1996, a DC-9 flown by budget airline ValuJet crashed in the Florida Everglades, killing everyone aboard [source: Langewiesche]. It should be noted that it wasn't mechanical error or the fault of the pilot that brought down ValuJet Flight 592; however, financial problems related to the crash nearly drove ValuJet out of business, and eventually forced a merger with another airline.

The bottom line is this: Plane crashes happen. Airlines suffer from safety problems and budget airlines aren't more susceptible to them than other airlines.

To read more about airplanes and other flight related topics, follow the links on the next page.

Another perception of budget airlines is that their flights are often late, they'll misplace your luggage or they have poor customer service. These aren't necessarily true. The focus on streamlined procedures allows low-cost carriers to keep tight schedules and arrive on time. Many of the top-ranked U.S. airlines for on-time service are smaller, budget airlines [source: U.S. Dept. of Transportation]. Some airlines set themselves apart with excellent customer service, but then there's Ryanair. The Irish budget airline seems, at times, to hold customers in contempt, and appears almost proud of their surly, abusive behavior [source: Evening Standard].