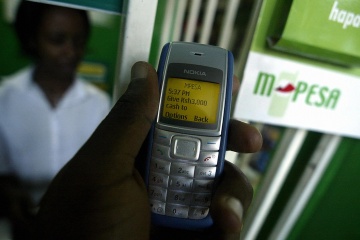 Despite the attempts of concerned regulators to ensure the unbanked and underbanked have better access to affordable bank accounts, many people who use payday lenders and check cashers (a business where you pay a fee to cash a check) have no interest in having a better relationship with banks.

Even if they have to pay large fees to alternative lenders, some people argue that at least they know what the fees are upfront. By contrast, the disclosures they receive with a bank account can be so confusing and long (some run to more than a hundred pages) that customers are often taken by surprise by the number of fees they must pay, especially for overdraft, which is a chronic problem when you're living hand-to-mouth [source: Servon].

For a variety of reasons (the venality of banks being one of them) communities around the world have created what are known as "alternative currencies." Although these are non-governmental currencies, it's not illegal to use them. Currencies such as BerkShares, the Lewes Pound, Toronto Dollars, Salt Spring Dollars, Ithaca HOURS and Bitcoin are growing in popularity. Some, like Bitcoin, can be used internationally, whereas many, like BerkShares, can be used only within a very localized community. Bitcoin users are drawn to its fast, cheap, anonymous and untraceable nature, whereas those who use local currencies often do so in an effort to keep resources within a given community. For a currency to work, it's simply a matter of people trusting that it has value [source: Gross].

One remarkable example, the M-PESA in Kenya, demonstrates how an alternative currency can not only help people without bank accounts, but actually threaten to completely disrupt the banking industry.

Most Kenyans don't have a bank account. That means there's a heavy reliance on cash. This can present challenges. Say a person from a village moves to the city to find enough work to send money back to her family. Because of her new job's schedule, she doesn't have time to personally ferry the money back to her village on a regular basis, so she has to put the cash on a bus and hope it makes it home. Often it mysteriously disappears. At least this used to be the case.

Although they might not have bank accounts, most Kenyans have cellphones. In 2007, the country's largest cellphone company decided to try and remedy Kenya's underbanked situation by creating an alternative currency, which they called M-PESA ("pesa" means "money" in Swahili, and the "M" is for "mobile"). You can charge up your phone with M-PESA by buying it from a person staffing one of the company's kiosks (there are close to 100,000 of them throughout the country). You can then send and receive money by, essentially, texting it. As long as she has the phone number of a relative in her home village, the woman with the new job can send M-PESA home electronically with her cell. And in the village, her relatives can use M-PESA to buy everything from groceries to cows to water from a well with a digitally controlled meter that can receive the money via text.

M-PESA is now ubiquitous throughout the country and has had an enormous effect on people's lives. For instance, a farmer who once relied on dangerously flammable and toxic kerosene lanterns used a small and affordable loan through the M-PESA system to pay for solar-powered lighting. This improves the health of his children (no more toxic kerosene fumes), reduces the risk of fire and allows him to do some of his farming chores at night. To pay for the $180 unit, the farmer came up with a down payment of $35 and then paid 40 cents a day for a year.

Because M-PESA has such low overhead, loans have much more affordable credit rates than those offered by banks. In fact, M-PESA has been so enormously successful in Kenya that worried banking industries elsewhere have been lobbying hard to block the introduction of mobile money to their markets [source: Stahl].